Key to realizing Xi’s two goals – the “great rejuvenation of the Chinese nation” and the “Chinese dream” of relative prosperity – are the “two centenaries,” namely building a “relatively prosperous society” by the party’s 2021 centenary, which it claims to have achieved, and a “modern socialist country that is prosperous, strong, democratic, culturally advanced and harmonious” by the centenary of the founding of the People’s Republic in 1949, AP adds.

A leading CCP ideologue today claimed that democracy “is not an exclusive patent of Western countries and drew a contrast between China’s “whole-process people’s democracy” and the West’s electoral democracy.

This week’s 6th plenum of the CCP passed a “historical resolution”, cementing Xi Jinping’s status in political history and his hold on power, experts told the BBC. 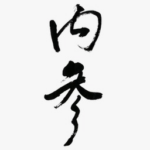 “He is trying to cast himself as the hero in the epic of China’s national journey,” said Adam Ni, editor of China Neican (left). “By pushing through a historical resolution that puts himself at the centre of the grand narrative of the Party and modern China, Mr Xi is demonstrating his power. But the document is also a tool to help him retain this power,” he said.

Shifting from rhetoric to reality, China’s authoritarianism extends far beyond its borders, notes a joint report from the Uyghur Human Rights Project (UHRP) and The Oxus Society for Central Asian Affairs, VOA reports. 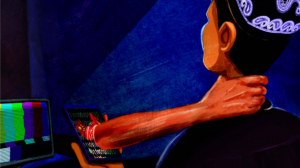 The Chinese government’s assault on the rights of Uyghurs living in the democratic world expanded dramatically in 2017 and has continued since, while “the party-state co-opts other countries and their corporations into its campaign of violence and intimidation against Uyghurs,” according to the report, “‘Your Family Will Suffer’: How China Is Hacking, Surveilling, and Intimidating Uyghurs in Liberal Democracies” (right).

Evan Medeiros, the top China officer on the Obama administration’s National Security Council, says China is in an internal struggle “to reconcile the competing dimensions of its rising power status. On the one hand it wants to position itself as a global leader…. On the other hand, it is an authoritarian political system that is by nature deeply insecure.” the Wall Street Journal’s Gerald F. Seib adds. China, he notes, has big economic challenges at home and is entering a “delicate period of leadership transition” at the same time it is building its military might and becoming more assertive in its foreign policy. That is a potentially dangerous combination.

In 2007, one of the leading scholars of China, Susan L. Shirk, used an oxymoron in the title of her history of the country’s politics: “China: Fragile Superpower.” Her thesis was that the country’s confidence belied deeply rooted insecurities that gnawed at the foundations of the Communist Party, the Times adds: 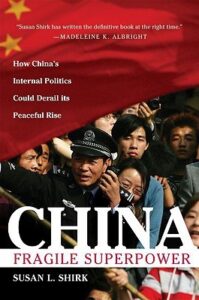 Ms. Shirk, a scholar at the University of California, San Diego, says the description of China as a fragile superpower still holds. Mr. Xi, she said, still seems to fear that “the whole house of cards could suddenly collapse,” as the Soviet Union did. That is why he touts the party’s ideological mission and demands loyalty from cadres and citizens alike.

“No one,” she wrote, “dares tell him honestly about the costs of his policies.”

As if to highlight the absurdity of the CCP’s claim to democratic credentials, this week saw the passing of Zuo Fang, a trailblazing journalist who helped start Southern Weekly, China’s most influential reform-era newspaper and edited it with the conviction that the press should inform, enlighten and entertain rather than parrot Communist Party propaganda, the Times reports. 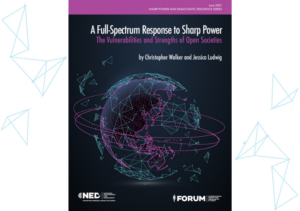 Beyond the country’s borders, China’s vast censorship apparatus and economic strength are increasingly being felt as well, the Times reports, citing efforts to censor an installation in the municipal museum of Brescia, an industrial city in the northern Italian region of Lombardy, featuring Chinese-Australian artist Badiucao, a political cartoonist known for lambasting China, whether for its censorship (and Western complicity in it), its treatment of the Uyghur minority, or the crackdown in Hong Kong, it adds.

The Danish sculptor of a statue that commemorates pro-democracy protesters killed during China’s Tiananmen Square crackdown has been obliged to ask Hong Kong authorities for immunity from a national security law so he can take it back to Denmark, the Guardian reports. Jens Galschiot loaned the eight-metre high, two-tonne copper sculpture called Pillar of Shame to a local civil society group, the Hong Kong Alliance in Support of Patriotic Democratic Movements in China, in perpetuity.