Cuba’s Communist government has told citizens to brace for hard times, although some economists don’t expect a repeat of the meltdown after the fall of the Soviet Union that lasted a decade, until the late Socialist Venezuelan President Hugo Chávez came to the island’s rescue by providing heavily subsidized oil, The Wall Street Journal reports:

During the so-called special period after the end of Soviet subsidies, Cuba’s economy contracted 35%, and the island experienced near-famine conditions…The rationing plans come as the regime cracks down on civil-society groups.

“Now, if all Venezuelan ties with Cuba are broken, the economy could contract some 8% to 10% during a period of two to three years,” said Pavel Vidal, a Cuban economist living in Colombia.

Journalist Yoani Sánchez (below) tweeted that what was once of the best-stocked shops in the city had “turned into a battlefield to get a kilogram of frozen chicken”, the BBC adds.

As Cuban-American economist Carmelo Mesa-Lago observed in March, Castro’s Cuba has been
a dependency for 60 years. The Soviet Union poured $65 billion into the island from 1960-90.
With the dissolution of the Soviet empire, aid to Cuba dried up and the 1990s were an extremely difficult period. But Venezuela picked up the subsidy slack when Chávez came to power in 1999.

“At its peak in 2012, Venezuelan aid, subsidies and investment amounted to $14 billion, or close
to 12% of gross domestic product,” Mr. Mesa-Lago wrote. But Cuba “is now facing its worst economic crisis since the 1990s,” he added. 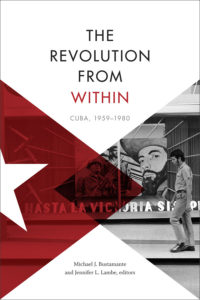 Fears of Cuba – deemed Not Free by Freedom House – entering a new “Special Period” (the euphemism for the island’s post-Soviet crisis in the 1990s) are on the rise, argues Michael Bustamante, co-editor of The Revolution from Within: Cuba, 1959-1980. Yet for all the problems the Díaz-Canel government faces, mass rebellion and internal government defections are not front of mind, he writes for War On The Rocks.

A number of gay rights activists have been arrested after clashing with police at an unauthorised pride march in Havana, the BBC reports. Saturday’s event followed the unexpected cancellation by the communist authorities of the country’s 12th annual march against homophobia.

“This moment marks a before and an after for the lesbian, gay, bisexual and transgender community, but also for Cuban civil society more generally,” said Maykel González Vivero, an independent journalist and L.G.B.T. activist. “Social media is playing its role, and civil society demonstrated it has strength and can go out onto the streets if necessary,” he told the New York Times. 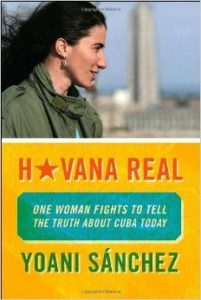 Cuba is interested in keeping Maduro in power, since Chavista money has kept the Cuban economy afloat and because his downfall would mean another failure for the Cuban political model in Latin America, according to Alejandro Barahona, a political scientist and international analyst at the University of Costa Rica.

“Cuba’s interest is mainly economic. Cuba literally sold Venezuela its model in exchange for oil, and later for the sale of services in areas such as education, health, military advice, and espionage,” Barahona told Diálogo. “Venezuela also brought Cuba many political gains with multilateral organizations. Undoubtedly, Cuba will do whatever it takes to help Maduro remain in power, because he is its main economic and political support.”

With limited economic and military resources, it seeks to extend this hegemony beyond its borders by targeting international intellectual and academic networks—influential throughout the region as producers and promoters of analytical paradigms, legitimacy, and political consensus, they write for the National Endowment for Democracy’s Power 3.0 blog.