The Cuban authorities’ continued harassment of the San Isidro/27N Movement prompts Pablo Helguera to publish, for the first time, his 2015 essay on artist Tania Bruguera’s attempt to defend free speech.

One big change for Cuba’s dissidents came in December 2018 when, under severe economic strain, the regime began to offer internet access via a 3G cell network, the Wall Street Journal reports. Today Mr. Otero Alcántara maintains that the San Isidro Movement “is far larger than what can be seen because of social media. Social networks are the big key,” he said, adding confidently that “the digital revolution is the greatest revolution since 1959. Cubans want to be free.” 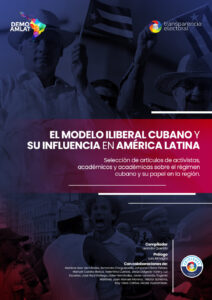 We must insert democratic values ​​in Cuba, said Luis Almagro, Secretary General of the Organization of American States (OAS). He was addressing the launch of a new book – El modelo iliberal cubano y su influencia en América latina (The Cuban illiberal model and its influence in Latin America) – coordinated by DemoAmlat and attended by Cuban civil society actors such as 14ymedio journalist Luz Escobar and Yucabyte founder Norges Rodríguez (below); political scientist Armando Chaguaceda; and lawyer Eloy Viera, among others.

Throughout 2019, the journal Desafíos de la Democracia en América Latina (Challenges of Democracy in Latin America), featured contributions from prestigious analysts across the region.  The book, which compiles a selection of the best articles and interviews referring to Cuba, is divided into five parts:

The publication launch (above) from Transparencia Electoral featured comments by Miriam Kornblith, Senior Programs Director for Latin América and the Caribbean at the National Endowment for Democracy (NED). 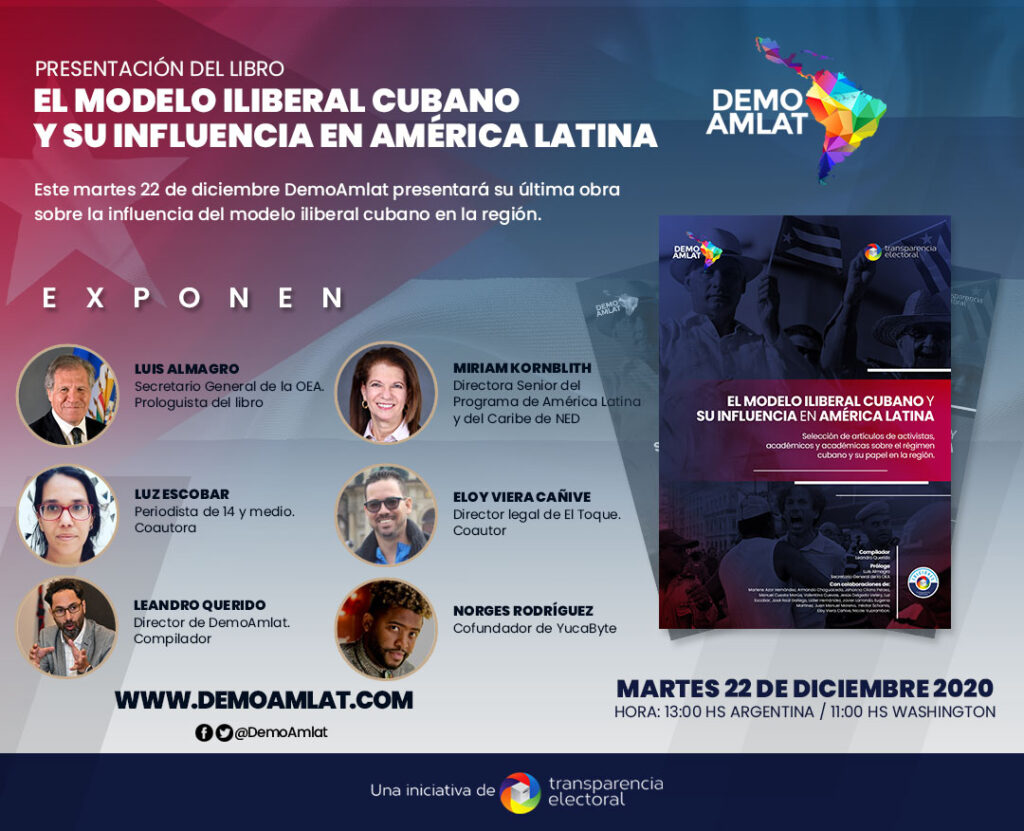