Faced with creeping authoritarianism, liberals need to craft a new agenda—learning from their serious mistakes, and shaking shibboleths of both right and left, argues Timothy Garton Ash. Writers have interpreted the failings of liberalism in different ways; the point, however, is to change it. If only we had listened to Pierre Hassner (above), he writes for Prospect: 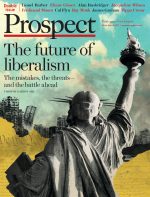 Already in 1991 that brilliant Romanian-born French political philosopher [and Journal of Democracy contributor] warned that, much as we should celebrate the triumph of freedom at the end of the Cold War, we must remember that humankind does not live by liberty and universality alone. The aspirations that had led to nationalism and socialism would surely return, he predicted, and then he named them: the yearning for community and identity, on the one hand, and for equality and solidarity on the other. One can organise under Hassner’s two prescient pairings both a diagnosis of what has gone wrong inside many liberal democracies and much of the resulting prescription. Community and identity are values (and human needs) often emphasised in conservative thought, while the socialist tradition has paid particular attention to equality and solidarity.

In the half-jesting spirit of the Polish philosopher Leszek Kołakowski’s celebrated 1978 essay “How to Be a Conservative-Liberal-Socialist,” I propose that we should be conservative-socialist-liberals, he adds. 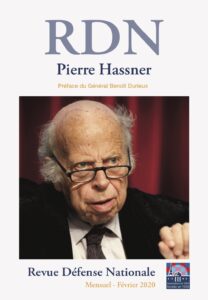 Like Neptune’s trident, a renewed liberalism will have three prongs, Garton Ash suggests:

Hassner delivered the fourth annual Seymour Martin Lipset Lecture on Democracy in the World – “Russia’s Transition to Autocracy: The Implications for World Politics” – on Thursday, November 15 2007 at 6:00 pm at the Embassy of Canada in Washington, DC.