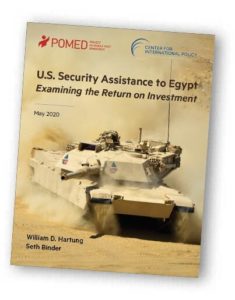 Egypt’s public prosecutor has said a young film-maker who died in prison had mistakenly drunk hand sanitiser in his cell, thinking it was water. Shady Habash died inside Cairo’s Tora prison complex on 2 May. He had been held for more than two years without trial, accused of membership of a terrorist group and “spreading false news” after he produced a music video critical of Egypt’s president Abdel Fatah al-Sisi, the Guardian reports:

The 24-year-old was the latest in a number of high-profile people to die in custody in Egypt, particularly inside Tora prison. For months observers have been sounding the alarm about the denial of medical treatment to prisoners of conscience, including the deaths in custody of the US citizen Mustafa Kassem and the former president Mohamed Morsi.

“For over several hours, Shady’s cellmates desperately tried to summon medical help but were ignored by prison officials,”  said the Cairo Institute for Human Rights Studies. “Such wanton cruelty is hardly exceptional – prisoners of conscience are often left to die in prison without trial or due process, in appalling conditions that include the deliberate withholding of healthcare.”

The United States should curb military aid to Egypt and stop turning a blind eye to human rights violstions under President Abdel Fattah el-Sisi, who presides over “the most repressive Egyptian state in modern history,” a new report suggests.

U.S. security assistance to Cairo should be revamped —including a reduction in U.S. military aid, coauthors Seth Binder and William D. Hartung write in a new report (above) jointly published by the Project On Middle East Democracy (POMED)* and the Center for International Policy (CIP), “U.S. Security Assistance to Egypt: Examining the Return on Investment.”

“Instead of using the assistance to develop the military’s capabilities and advance shared national security interests, the Egyptian government has misused the aid for patronage and prestige,” the report states.

Sisis’s regime has “engaged in a systematic pattern of gross human rights violations, from gunning down peaceful protesters in the streets to jailing tens of thousands of political opponents, severely restricting the ability of independent non-governmental organizations (NGOs) to operate, all but eliminating a free and independent press, and perpetuating tensions between Muslims and Christians,” the report adds.