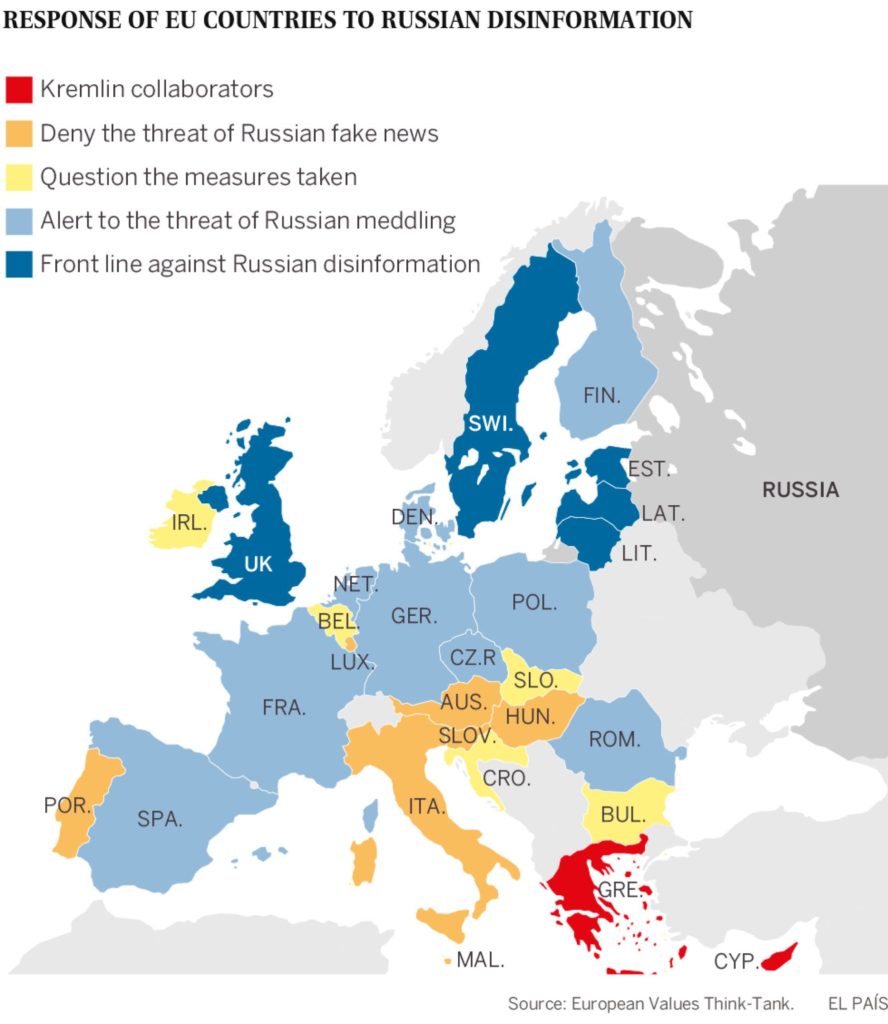 Some democracies are putting up more resistance than others to the destabilization campaigns coming from Russia, according to a new report from the think tank European Values, David Alandete writes for El Pais:

European Values…reviews the 28 member states within the European Union and their allies even year, and rates their response to the threat of Russian disinformation campaigns. Listed as least aware are Hungary, Austria, Portugal and Italy.

Spain is listed for the first time in the same group as France, Romania, Germany, Finland, the Czech Republic, Denmark and Poland….one step behind the United Kingdom, Switzerland, Estonia, Lithuania and Latvia, which are considered the frontline against Russia’s attempts to destabilize democracies across Europe.

Last week, European Values was recognized by NATO for its work in exposing Russian subversion activities in Eastern Europe, Alandete adds. NATO sources maintain that “Russia is the greatest threat against the West today” [and] warned that “the Russian government is interested in stirring up patriotic and religious conflicts. It is also increasingly more active in the Mediterranean and it will no doubt exploit our weaknesses in this area.”

Russian interference is not new, but it is more aggressive and widespread than ever, the Washington Post’s Josh Rogin writes:

Leaders in open societies from different political perspectives must put aside old disagreements and join to share information, build defenses and educate our publics. Absent that, Russia will continue to undermine our democratic systems, spur instability and fuel nationalism on both the left and the right sides of the political spectrum. If that is allowed, liberal democracies will fail their own people and no longer serve as a model for those living in autocratic systems today. 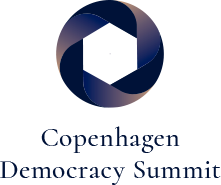 In a Foreign Affairs essay last December, former US vice president Joseph Biden called for a 9/11 Commission-style panel on Russian interference. Biden will join other Western leaders at the first commission meeting in Copenhagen in June as part of the Copenhagen Democracy Summit. Both efforts are funded through the Alliance of Democracies Foundation, Rogin adds.

We’ve already heard a lot from the U.S. intelligence community about the hacking operation Russian intelligence services carried out ….. But this is the first time we have a swath of empirical and visual evidence of Russia’s disinformation campaign, in the form of more than 3,000 incredibly specific and inflammatory ads purchased by an Internet troll farm sponsored by the Kremlin.

On May 3, the National Constitution Center hosted a traveling America’s Town Hall panel at Stanford Law School to discuss the effects of digital disinformation on democracy:

Jeffrey Rosen was joined by Elliot Schrage, Facebook’s Vice President of Communications and Public Policy, Nick Pickles, Senior Public Policy Strategist at Twitter, Juniper Downs, Global Head of Public Policy and Government Relations at YouTube,  as well as Nathaniel Persily of Stanford Law School and Larry Kramer President of the Hewlett Foundation. They discuss whether digital disinformation poses a threat, what its effect on speech, democracy, and government regulation might be, and the role of the Internet and social media in combatting disinformation.