Sanctions may help advance democratic reform, some suggest, if they are deployed to punish wayward regimes or to incentivize political change. Alongside diplomacy and aid conditionality, sanctions were a key instrument for promoting democracy, according to Larry Diamond, co-editor of the National Endowment for Democracy’s Journal of Democracy.

But why are sanctions so popular? Stanford’s Josef Joffe asks.

It is bloodless—warfare on the cheap. Nonlethal means are the main attraction for democracies loath to go to war in remote places against states that do not pose an existential threat. What is cheap, though, may not work so well for a number of reasons, he writes for the Hoover Institution’s Strategika: 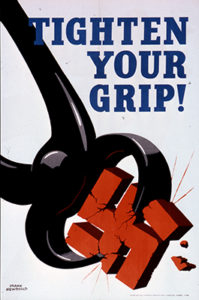 By resorting to low-cost means (as compared to real war), the “sending” nation signals willy-nilly that the issue is not important enough to warrant risk and sacrifice. Hence, the “recipient” state need not fear the real thing, which is war. The target state also knows that democracies are queasy for moral reasons because blanket sanctions—say, the denial of food or oil—are non-selective, punishing the entire country.

Sanctions are like prayers and donations to the Church. We don’t know whether either will work, but we cannot do nothing in the face of apostasy. We want to affirm the moral and political code, Joffe adds:

Hard-core realists will sneer and point to the futility of “soft power.” Sanctions are not magic bullets, but in non-existential situations they are the only projectiles democracies are willing to use. If deployed against the right, that is, weak target, even a .22 may serve its purpose. Muscular bullies, the record shows, will not budge.