​​“Although cybertechnology presents unique challenges, international norms to govern its use appear to be developing in the usual way: slowly but steadily, over the course of decades,” he writes for Foreign Affairs, insisting that “cyberspace is not an isolated realm of its own . . . but an extension of the broader geopolitical battlefield.”

A new multi-stakeholder collaboration is a perfect example of democratic societies’ unique capacity to come together and innovate in the face of emerging technologies’ three major risks for democracies, says Manuel Muñiz, Provost of IE University and Dean of IE’s School of Global and Public Affairs:

The Digital Directions bulletin offers insights on the evolving relationships among digital technologies, information integrity, and democracy from the International Forum for Democratic Studies at the National Endowment for Democracy.

At the Summit for Democracy, attendees agreed to launch a major initiative to identify and support the development of technologies that advance democratic principles and values, Muñiz writes for Project Syndicate. Summit partners will be holding a series of start-up and scale-up competitions to identify entrepreneurs  working on promising new “democracy-affirming technologies.” The project will focus on five main areas: verification technologies designed to combat disinformation and strengthen public debate; data-analytics tools that respect privacy; digital identity systems and trust frameworks for managing individual and public data; transparency technologies to improve public services; and unbiased AI systems. RTWT 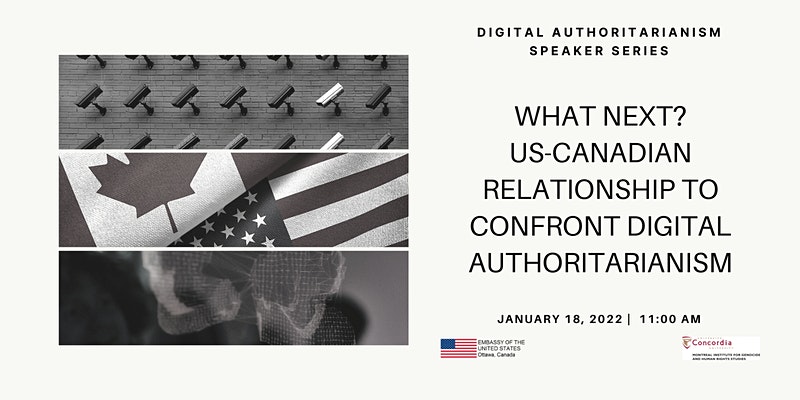 As the illiberal use of technologies threatens human rights worldwide, the Montreal Institute for Genocide and Human Rights Studies (MIGS) is organizing a discussion on how Canada, the U.S., and like-minded democratic countries can confront digital authoritarianism.