Many observers see this weekend’s Russian elections as the latest stage in a regression from flawed democracy to fully fledged authoritarian state, says a new report from the European Parliament.

It advocates an alliance with the U.S. and other like-minded partners to counterbalance Russia and China’s efforts to weaken democracy worldwide and destabilize the European political order. The EU should establish “an alliance that can defend democracy globally,” and create a “democracy defense toolkit,” including sanctions, policies to counter illicit financial flows, and support for civil society and human rights activists.

One way in which Russia is much more powerful than any other country is in the influence it exerts in the post-Soviet space, where it has re-established its dominance since the nadir of the 1990s, Georgetown University’s Angela Stent writes in a review of Kathryn E. Stoner’s Russia Resurrected. Geography and economics have enabled this: Russia is, as Stoner writes, “a behemoth geographically, economically and demographically in comparison to its post-Soviet neighbors” (p. 35). The largest country on earth, it borders 14 other countries and can project power in Eurasia and the Middle East much more easily than, say, the United States. 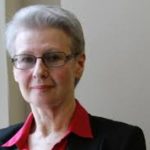 Despite the crackdown on domestic dissent and the anti-western rhetoric of state propaganda, the Kremlin’s policies are aimed at preventing Russia from turning into a sealed-off fortress, says former NED Reagan-Fascell fellow Lilia Shevtsova (right), the author of ‘Putin’s Russia’. For in order to be a great power, Russia has to sit at the same table as its peers. To satisfy its global aspirations and conform with the logic of its domestic power arrangements, Russia has to be simultaneously with the west and against it, she writes for The Financial Times. RTWT