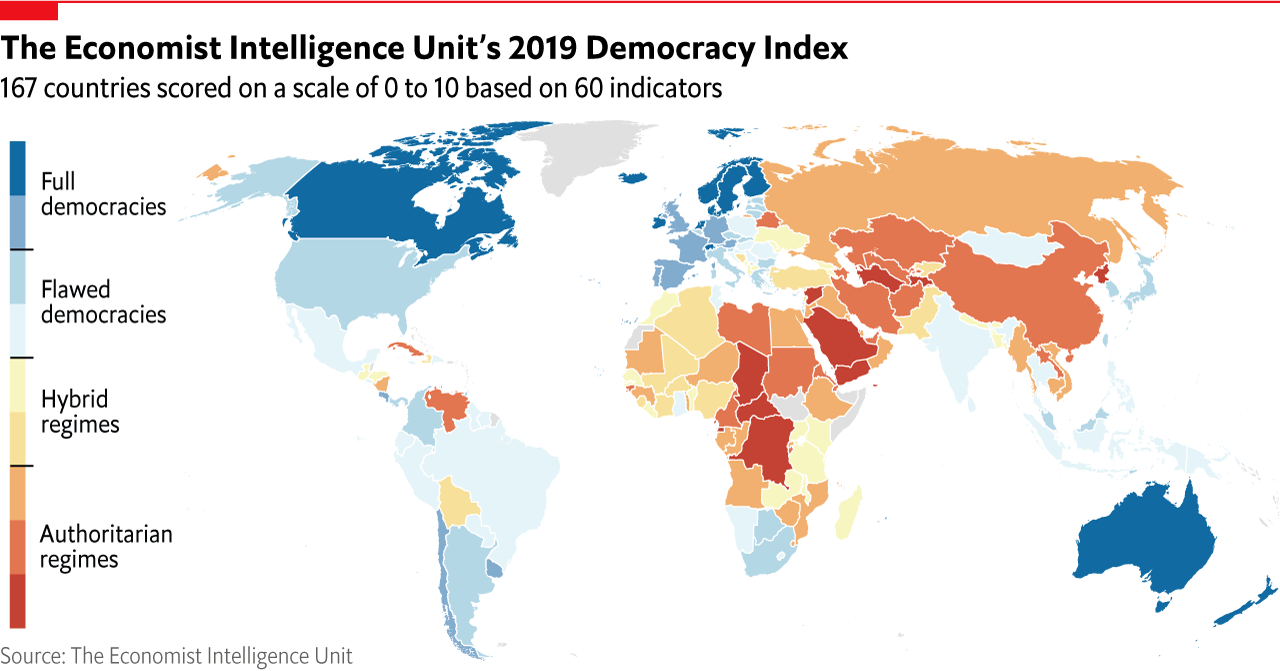 A growing number of think tanks uses the World Economic Forum’s conference in Davos as an opportunity to release headline grabbing studies, analyst Mike O’Sullivan writes for Forbes. Of the prominent ones to catch the eye, the Bloomberg Innovation Index, the Economist Intelligence Unit’s Democracy Index and the WEF’s own, interesting Social Mobility Index, all stand out, for at least two reasons:

What should be done to make democratic renewal happen? the Political Studies Association and the British Academy ask. What does seem clear is that there is a pervasive sense that something has to change, with recent research finding that nearly three-quarters of British adults want to see ‘quite a lot’ or ‘a great deal’ of improvement to our system of governing. Stemming recent falls in trust, let alone thinking about how to reverse this, is sure to be a priority for political leaders from all parties in the years ahead.

, both internal and external, according to the National Endowment for Democracy’s Marc Plattner. But while the situation is grim, there are also rays of hope. The instinct for freedom remains powerful, as has been demonstrated by massive prodemocracy protests in a number of countries. Moreover, unlike five years ago, today democrats around the world have become aware of the magnitude of the challenges to democracy and the need to defend it, he writes for The Journal of Democracy.

The 21st century has been marked by a gathering threat to freedom around the world, Freedom House adds. Major powers like China and Russia have effectively crushed democratic reform movements at home and are posing a challenge to democratic standards beyond their borders. In established democracies, including the United States, populist leaders have challenged freedom of speech, the rule of law, and minority rights.

Freedom House president Michael J. Abramowitz, will describe the current state of democracy, explain why we face an erosion of faith in free institutions, and discuss America’s role in moving beyond the current crisis of faith.