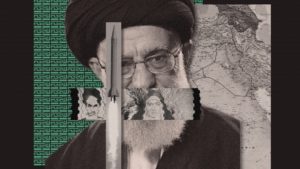 Iran’s president warned Monday of threats to the Islamic Republic’s “democracy and national sovereignty,” after a body dominated by his ultra-conservative rivals disqualified thousands of candidates, weeks before elections, AFP reports:

President Hassan Rouhani’s moderate conservatives and their reformist allies are locked in a public quarrel with the Guardian Council over the disqualification of thousands of candidates — including 92 sitting MPs. The council, which oversees Iran’s elections, says it has barred some 9,500 potential candidates from standing, almost two thirds of the 14,500 hopefuls.

The downing of Ukraine International Airlines Flight 752 highlights the limits of the civilian arm of Iran’s government against the absolute power held by the nation’s Shiite theocracy and paramilitary forces. The anger that followed shows the choices Iranians make in the country’s sanctions-crushed economy and the unabated rage still lurking on its streets, The Washington Post adds.

“The regime understands that Iranian society is a powder keg right now and that if it’s not careful, it’ll lose control of the situation really quickly,” said Ariane Tabatabai, an Iran analyst at the U.S.-based RAND Corp. “So, it’s using every tool at its disposal to avoid losing control.” 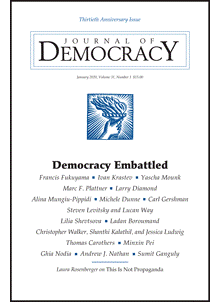 The Islamic Republic is confronted with an unprecedented legitimacy crisis, notes analyst and activist Ladan Boroumand. In an article for The Journal of Democracy, she highlights the heterodox character of Iran’s theocratic ideology and stresses the tectonic social and cultural changes that have resulted in society’s estrangement from the state over the past forty years.

The current turn by many Iranians toward alternatives to the Islamic Republic’s harsh Islamism, such as liberal Shi’ism, Sufism, the Baha’i Faith, Christianity, and agnosticism or atheism, signals that Iran may now be on a new course, Boroumand contends:

This course is taking it toward becoming the first Muslim-majority society to weave into its spiritual, social, and intellectual fabric the principled separation of religion and the state characteristic of the liberal-democratic worldview—and to do so by a process that comes more fully “from within” than from outside. Ironically, the Islamic Republic itself has been the driver of that process, impelling a pathbreaking democratic response to its totalitarian claims. If the process succeeds—and signs both dramatic and subtle suggest that it is succeeding in the hearts and minds of Iranians as they demand freedom from the brutal rule of Khomeini and his successors—then it may lend new force to the liberal-democratic cause worldwide. 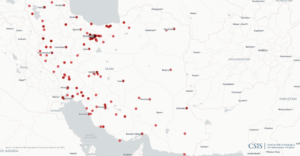 “My sense is that basically the Islamic Republic currently is a pressure cooker,” said Ellie Geranmayeh, a senior fellow focusing on Iran at the European Council on Foreign Relations. “We will have periodic and probably escalatory … protests in the country. A lot of what happens depends on how the security apparatus responds to these protests.”

However, any major threat to the government could see the Guard employ the same bloody tactics it used in Syria’s long war, she told The Post.

“If there is a similar threat to their own power inside Iran as Bashar Assad faced, my sense is that they will use an infinitely more amount of force to push back to secure their own power,” Geranmayeh said.