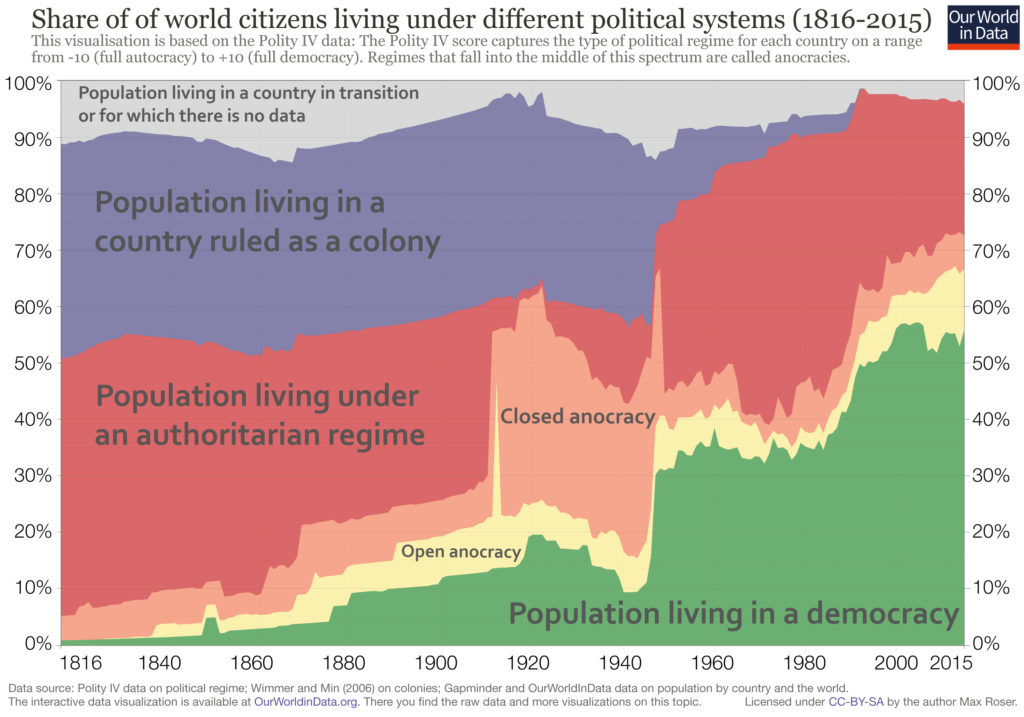 Our World in Data

Democracy fosters economic growth, with researchers finding vast gains in productivity after countries democratize, according to a new study from the Massachusetts Institute of Technology:

Research shows that when it comes to growth, democracy significantly increases development. Indeed, countries switching to democratic rule experience a 20 percent increase in GDP over a 25-year period, compared to what would have happened had they remained authoritarian states.

The paper, “Democracy Does Cause Growth,” is published this month in the Journal of Political Economy. The co-authors are Daron Acemoglu, the Elizabeth and James Killian Professor of Economics at MIT; Suresh Naidu, an associate professor of economics and international and public affairs at Columbia University; Pascual Restrepo, an assistant professor of economics at Boston University; and James Robinson, a political scientist and economist at the Harris School of Public Policy of the University of Chicago. 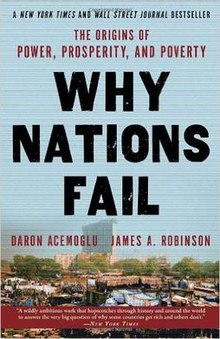 “I don’t find it surprising that it should be a big effect, because this is a big event, and non-democracies, dictatorships, are messed up in many dimensions,” says Acemoglu, an MIT economist and co-author of Why Nations Fail. Overall, he notes, democracies employ broad-based investment, especially in health and human capital, which is lacking in authoritarian states.

“Many reforms that are growth-enhancing get rid of special favors that nondemocratic regimes have done for their cronies. Democracies are much more pro-reform,” he adds.

“It is possible to see this paper as an optimistic, good-news story [in which democracy] is a win-win,” says Acemoglu. “My reading is not a good-news story. … This paper is making the case that democracy is good for economic growth, but that doesn’t make it easy to sustain.”

“We have almost twice as many democratizations as reversals of democracy, but the last 10 years, that number’s going the other way around,” he notes. “So democracy doesn’t have a walk in the park. It’s important to understand what democracy’s benefits are and where its fault lines are. I see this as part of that effort.”