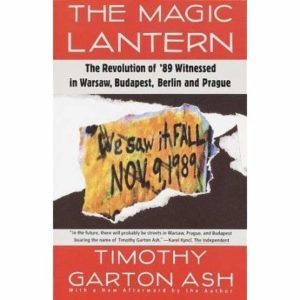 The west’s mistake after 1989 was not that we celebrated what happened in central Europe – and subsequently in the Baltic republics and the former Soviet Union – as a great triumph for freedom, democracy, Europe and the west. It was all of that, argues Timothy Garton Ash.

Our mistake was to believe that it was the new normal, the direction history was travelling. Now we are in danger of making the same mistake, only in the other direction, he writes for the Guardian:

The future triumph of anti-liberal authoritarianism is no more inevitable than was the future triumph of liberal democracy. This cautiously optimistic statement clearly holds true in mature democracies such as Britain and the United States, where the forces of liberal democracy are pushing back hard against the ravages of nationalist populism. But it’s also true in central Europe. Strictly speaking, “illiberal democracy” is a contradiction in terms, like fried snowballs. However, the term is useful to describe the condition of a democracy that is being eroded, but has not been completely destroyed. The decline is still reversible by democratic, legal means, including peaceful mass protest.

Illiberalism in central eastern Europe today is part of a global contestation of western liberal hegemony, Ivan Krastev and Stephen Holmes argue in The Light That Failed. In an interview with Eurozine, Krastev elaborates on this thesis, discussing what happened to the hopes of ’89, why dissidence cannot be equated with anti-capitalism or even liberalism, and why explaining the new authoritarianism as a backlash against the ‘imitation imperative’ is not to trivialize its ideological substance.

As time passed, many came to blame the disappointing new class landscape on the elites who presided over the “transition to democracy.” The process of accession to the European Union in the first years of the twenty-first century only postponed the destruction of elite legitimacy, argues Dimitrina Petrova, a former Reagan-Fascell fellow at the National Endowment for Democracy.

Inevitably, the focus of most writing about this 30th anniversary has been on the question: “what has gone wrong?” adds Garton Ash, author of The Magic Lantern: The Revolution of ’89 Witnessed in Warsaw, Budapest, Berlin & Prague. But if the post-Wall generation in central Europe fights for the liberties it has grown up with, and the EU starts standing up for democracy in its own member states, there is every reason to believe that the 40th anniversary, in 2029, will again give us cause for celebration. RTWT

The US-Europe Alliance, in conjunction with the German Marshall Fund of the United States and the Foreign Policy Research Institute, presents a moderated dialogue commemorating the 30th anniversary of the destruction of the Berlin Wall – Shadow without a Wall: What Europe ’89 Means to Us Today.

This discussion will consider how the events of 1989 are remembered and how perceptions of that time continue to influence contemporary politics in the region, especially in the context of the recent wave of populism. Furthermore, the speakers will address how the effects of 1989 have reverberated outside of Europe and informed the actions of authoritarian regimes elsewhere in the world. RSVP 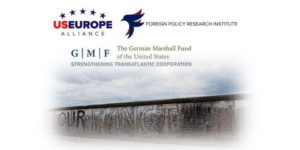