Democracy is the worst form of government except for all the others that have been tried. The maxim, made famous by Winston Churchill, was actually expressed six months earlier by the French writer Albert Camus, which Churchill only half acknowledged, notes Ben Hall, the FT’s Europe editor:

The view was widely shared by non-Communist intellectual and political figures after the second world war, writes Martin Conway in Western Europe’s Democratic Age 1945-1968. It helps, he writes, to explain why there was so little celebration when democracy was reintroduced to Europe after the defeat of Nazi Germany. Conway… contends that “though the war years might have provided an education as to the failings of fascism and communism, the path towards a viable new democracy was far from apparent”.

Much more than the consequence of the defeat of fascism and the rejection of Communism, this democratic order rested on universal male and female suffrage, but also on new forms of state authority and new political forces—primarily Christian and social democratic—that espoused democratic values conducive to a new civic morality, Conway contends. 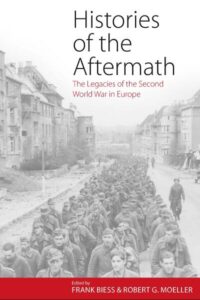 At the political level, multi-party coalition governments constructed what political scientists have come to term ‘consociational democracy’, while at the economic level increasingly elaborate corporatist institutions embedded employers and labour in a culture of reciprocal compromises, he has observed:

That there was some form of re-engagement by most Europeans with democratic values during the war years has long been recognised. But this went hand in hand with a heightened sense of the potential costs and benefits of any form of engagement. To parody the words of John F. Kennedy, citizens tended to ask not what they could do for their rulers, but what their rulers could do for them.

The shortcomings of this form of democracy in terms of bureaucratic inefficiency, a lack of transparency and the withering of active citizenship were considerable, Conway notes. But, after Europe’s previous experiments with democratic politics, it also had the not insignificant advantages of predictability and inclusiveness. 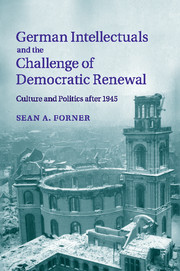 Histories of this period too often assume that the victory of the Allied powers over authoritarian regimes is sufficient to explain a return to democratic governance, Hall adds:

In fact, there was no preordained direction for Europe to take and the models of democracy adopted and eventually embedded were inevitably shaped by a complex interaction of societal forces, economic interests and historical experiences.

After the over politicisation of republican systems in the 1930s and an anarchic end to the war, the reassertion of state power took precedence. Rebuilding institutions — public bureaucracy, planning, tax and the welfare state — rather than constitutional innovations were the biggest changes to democracies.