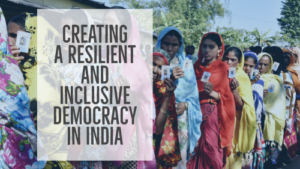 When it comes to the war in Ukraine, India is something of an outlier among the world’s democracies, notes Lisa Curtis, Director of the Indo-Pacific Security Program at the Center for a New American Security.

The United States, Canada, almost all of Europe, and multiple countries in Asia and the Pacific—including Australia, Japan, New Zealand, South Korea, and Taiwan—have condemned and sanctioned Russia for its invasion of Ukraine. India, by contrast, has remained neutral. Indeed, New Delhi has arguably even supported Moscow. Unlike most of the world, it has actively increased its economic ties to Russia since the war began, she writes for Foreign Affairs:

[China] relishes the current situation in no small part because it views the conflict as an opportunity to woo India with promises of a multipolar world while at the same time driving a wedge between New Delhi and Washington. But India should recognize that it would be a loser in such a system. China and Russia’s version of multipolarity would make it easier for authoritarian powers with revisionist goals to redraw borders, as China hopes to do in the Himalayas.