Authorities across China are tightening security and ramping up surveillance of dissidents ahead of the Tiananmen massacre anniversary, Radio Free Asia’s Gao Feng reports.

Ten years after the death of prominent labor movement leader Li Wangyang in police custody prompted suspicions of foul play, activists in the central province of Hunan said they will be marking that anniversary, as well as the 33rd anniversary of the June 4, 1989 massacre, at least in private. 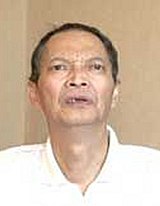 “It’s the 10th anniversary of Li Wangyang’s death,” Hunan activist Ouyang Jinghua told RFA. “He passed away on June 6, which happened to be close to June 4 [the massacre anniversary].”

Google search engine results are inadvertently promoting China’s narratives about the origins of COVID-19 and Beijing’s human rights violations, according to a new study from the Brookings Institution and the Alliance for Securing Democracy.

Google News and YouTube are even more likely to spread Chinese state-run media than Google’s main search engine in response to queries about COVID-19 and human rights abuses against Uyghurs and other ethnic minorities, according to Winning the web: How Beijing exploits search results to shape views of Xinjiang and COVID-19, from analysts Jessica Brandt, Bret Schafer, Elen Aghekyan, Valerie Wirtschafter, and Adya Danaditya. 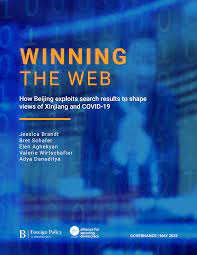 “This multilayered system allows China to shape and control narratives both overtly and covertly, reinforcing and legitimizing China’s strategic messaging,” it adds. “Once largely defensive and designed to insulate China from supposed information threats from abroad, China’s efforts to assert narrative dominance have increasingly been waged through external propaganda aimed at foreign audiences.”

The authors recommend that social media firms should start to “address hosting, reposting, and syndication, recognizing that agreements between international news outlets and Chinese state media are a significant avenue for the proliferation of Beijing’s narratives, including misleading and conspiratorial content.”

While some saw Central and Eastern Europe as being caught in China’s net, its lack of actual dependency on Beijing as well as the “Russian factor” have been decisive for most CEE countries that are now leaning toward Washington, notes Andreea Brinza, vice president of the Romanian Institute for the Study of the Asia-Pacific (RISAP). CEE countries were the first ones to sign memorandums of understanding targeting Huawei, and join the U.S. Clean Network, a U.S.-led effort to address long-term threats to data privacy, security, and human rights posed by authoritarian countries, she writes for Nikkei Asia. 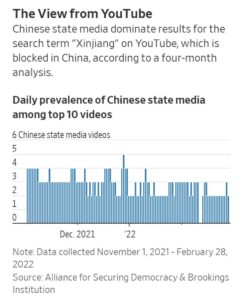 For the Chinese Communist Party (CCP), liberal democracy is a deadly threat to its own model of governance. While Europe treats areas for cooperation, such as the fight against climate change, and areas for competition, such as technological innovation, on their own merits, China’s leaders see these spheres through the lens of systemic rivalry, argue analysts Ian Bond , François Godement, Hanns Maull, and Volker Stanzel. An effective strategy for dealing with China needs five strands, they write for the Centre for European Reform:

*Beijing has used its sharp power to compromise yet another part of the U.N. system, Christopher Walker, vice president at the National Endowment for Democracy (NED), told The Washington Post’s Josh Rogin.

“The dynamics surrounding the U.N. human rights commissioner’s visit are part of the larger pattern in which Beijing, through manipulation and intimidation, seeks to shape behaviors and norms in line with authoritarian preferences,” he said in an interview.

China is way ahead of the U.S. and the democratic West in a Pacific race for influence, The New York Times reports.

China is picking off Pacific Islands “one by one”, NSW Liberal Defence and National Security Policy Chair Lincoln Parker told Sky News Australia (above). “We have to really start taking this seriously and starting to use our soft power that China doesn’t have.”