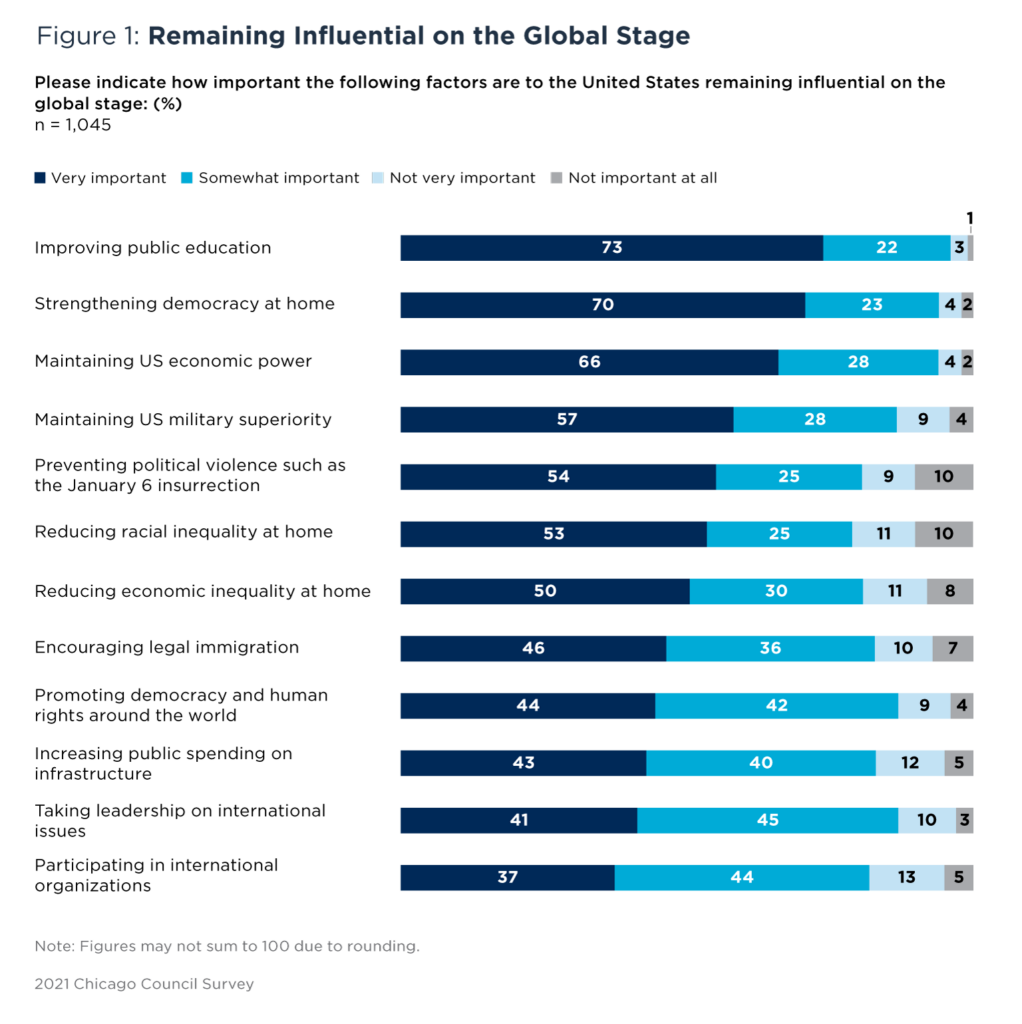 While the Biden administration has endorsed a foreign policy centered on human rights and democracy promotion abroad, the American public does not consider those issues to be top foreign policy priorities, according to a new analysis from the Chicago Council on Global Affairs. While everyday Americans believe that democratic renewal at home is very important for US global influence, they do not feel the same about promoting democracy and human rights overseas, says the 2021 Chicago Council Survey.

Americans think that by making concrete progress at home—by improving education, strengthening democracy, and maintaining US economic power—the United States can enhance its global influence, the survey adds. But they do not think US foreign policy should be laid aside while domestic issues are addressed. On the contrary, Americans expect that domestic improvements will benefit US influence and leadership abroad. 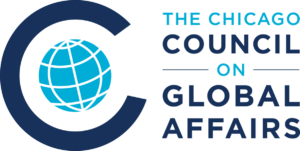 However, neither human rights nor promoting democracy abroad is a top foreign policy priority for the American public:

An alternative take for democracy advocates is that 86% consider promoting democracy and human rights around the world to be very important or somewhat important.

There is bipartisan skepticism about whether America’s actions in international affairs benefit workers, with fewer than half of Democrats (46 percent), Republicans (45 percent) or independents (38 percent) saying working-class Americans benefit from U.S. foreign policy, the Post adds.

Majorities of Americans consider improving public education (73%), strengthening democracy at home (70%), and reducing both racial (53%) and economic inequality (50%) as very important to maintaining America’s global influence (Figure A). But those are not the only factors important to the public; Americans also see maintaining US economic power (66%) and American military superiority (57%) as key elements to US global influence. It is these latter elements that Americans also see as being directly challenged by a rising China.

Promoting democracy and human rights around the world, taking leadership on international issues, and participating in international organizations are relatively low on the list of priorities for expanding U.S. global influence, the survey suggests. RTWT