Alternate states of democratic retreat and democratic renewal characterize European politics, according to Carnegie’s Richard Youngs. Small-scale democratic initiatives are taking shape across Europe, and the popular momentum behind them is exciting. But these initiatives have yet to form part of a truly powerful and radical reform program.

Different forms of democratic renewal must begin to work hand in hand. Only then will they have any hope of decisively pushing back illiberal forces and power grabbing governments, he writes in his new book, Rebuilding European Democracy: Resistance and Renewal in an Illiberal Age:

The sheer scale of these initiatives is striking. And, rather than a single model of democratic expression, we are witnessing a range of political activity, from spontaneous mass engagement through organized civil society networks to small-scale deliberative forums, to adjustments. political parties, digital democracy and participation at EU level. Each brings distinctive ingredients to the table of democratic renewal. 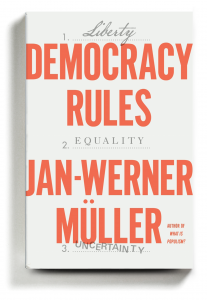 The democratic recession is being countered by a surprising degree of democratic resilience, the National Endowment for Democracy’s Strategy for Democratic Renewal observed. Since the spring of 2018, when authoritarian regimes unexpectedly fell in Ethiopia, Armenia, and Malaysia, grassroots protest movements against corruption and unaccountable autocratic governments swept through many countries and regions.

The recent election results in Germany offer a riposte to the conventional wisdom in much of the West that sees restive publics inexorably attracted to polarizing, intemperate anti-establishment forces, argued Jan-Werner Müller, a professor of politics at Princeton University, the Washington Post reports.

“Western democracies are not fated to fight culture wars constantly; grand coalitions between center-left and center-right do not necessarily strengthen political extremes; and social democratic parties can do well without pandering to nativism and Islamophobia,” Müller wrote. 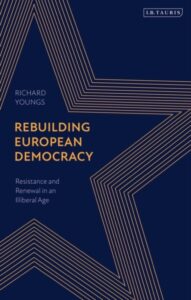 But different forms of democratic renewal need to start working hand in hand, Youngs writes for The Guardian: