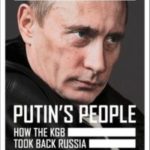 Like his friend, Chinese President Xi Jinping, Vladimir Putin has believed for years that the West is in decline, dysfunctional, and self-obsessed. Domestic political fights, electoral upsets and quarrels among allies all strike such autocrats as signs of weakness, notes UCLA professor Daniel Treisman, a fellow at Stanford’s Center for Advanced Research in the Behavioral Sciences, and the co-author of “Spin Dictators: The Changing Face of Tyranny in the 21st Century.”

What such leaders do not realize is that democracy’s strength lies in its ability to process disagreements rather than sweep them under the carpet. Attempts to impose unity by fiat create a fragile simulacrum of order. They also blind the leader to the true state of public opinion, he writes for CNN: 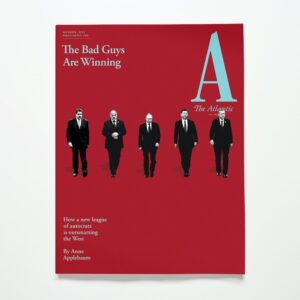 Messy as democracy and multilateral diplomacy can be, airing differences is often necessary to overcome them. Solving problems requires open sharing of information and the evaluation of options. The fear of division leads autocrats to cling to failed approaches….. If the characteristic weakness of dictatorships is the tendency of leaders to lose touch with reality, the corresponding defect of democracies is that they take too long to rouse. When they act, democracies can mobilize far greater energy and innovation than their foes. But they often begin so late that costs have already risen to unnerving levels.

Bureaucratic authoritarian capitalism is a significant challenger to Western democratic capitalism. Yet, we must not despair, Wolf adds, citing Larry Diamond’s 2015 Journal of Democracy essay, “Facing Up to the Democratic Recession.” Liberal democracy has come through many challenges over the past century. Remember the state of Europe in May 1940 or its postwar division.

The newly announced Partnership for Global Infrastructure and Investment (PGII) announced by the U.S. and fellow G7 democracies will meet the vast infrastructure needs of low- and middle-income countries, particularly in the critical areas of digital technology, climate resilience, health security and gender equity, and provide a values-driven and transparent alternative to counter China’s efforts to export their authoritarian model, observers suggest. 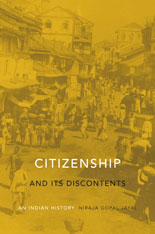 The renewal of democracy and capitalism must be animated by a simple, but powerful, idea: citizenship, the FT’s Wolf asserts. If democracy is to work, we cannot think only as consumers, workers, business owners, savers, or investors. We must think as citizens. Today, citizenship must have three aspects, he contends:

The National Democratic Institute (NDI) – a core partner of the National Endowment for Democracy (NED) – seeks a Senior Program Manager with political and organizational expertise to manage a multi-regional program on democratic resilience to authoritarian influence by China, Russia and the Gulf States that includes efforts to build civil society, citizen and governance capacity to recognize, organize and counter such influence by 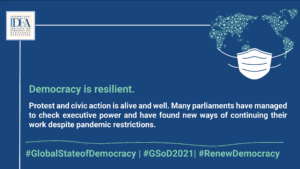 strengthening democratic norms, processes and institutions. The program will:

The program is aimed at engaging global peers in order to exchange and develop good practices for effective on-the-ground interventions – a countering authoritarian influence playbook for democracy champions locally. RTWT