Germany, which took over the European Union’s rotating presidency on July 1, will put democratic values at the heart of the bloc’s economic recovery from the coronavirus pandemic, a policy note said in an apparent swipe at Poland and Hungary, Reuters reports:

Lines in the sand against making access to EU funds conditional on rule of law standards have already been drawn by Poland and Hungary, whose populist, eurosceptic governments have outraged other member states and rights groups by placing media, judges and academics under closer state control. 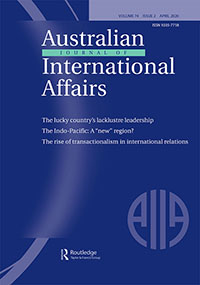 “The plan for recovery must be based on solidarity, cohesion and convergence…while fully respecting our values, rights, and the rule of law,” said the note, seen by Reuters.

Germany has an ideal opportunity to tip the balance in the EU away from autocratizing member states—but only if it does not try to be an honest broker between defenders and opponents of democracy and the rule of law, analysts Daniel Hegedüs and Garvan Walshe write for the German Marshall Fund.

The renewed interest in shared democratic values and the importance of democracy in international affairs marks a normative turn in Australian foreign policy, argues Benjamin Reilly at the University of Western Australia.

While the China factor is no doubt key, the renewed values emphasis in Australian foreign policy also draws upon our own history as one of the world’s longest continuous democracies, and illuminates well-grounded distinctions between how democracies and autocracies behave in international affairs, he writes in The return of values in Australian foreign policy, an article for the Australian Journal of International Affairs:

Foremost amongst these is the ‘liberal peace’, one of the few ‘iron laws’ of international relations: that while armed conflict involving both democracies and autocracies is common, there are virtually no cases of two genuine democracies ever going to war with each other. ….One implication of the theory is that regional initiatives based on common democratic status, such as the Quad, are not just an expression of shared maritime security interests, but also – and arguably much more importantly – of a common normative approach to international affairs which emphasises the importance of negotiation and international law rather than coercion, threats, and force to resolve interstate disputes. 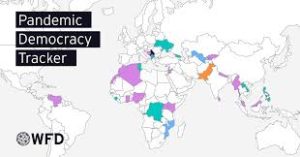 The Path to Pandemic Resilience for a Free Society

Democratic values should guide the path forward from a pandemic, argues Danielle Allen (above), Director of Harvard’s Edmond J. Safra Center for Ethics, where she heads the COVID-19 Response Initiative, which published the Roadmap to Pandemic Resilience. She is also the lead investigator for Harvard’s Democratic Knowledge Project, a research and action lab that strives to strengthen democracies. 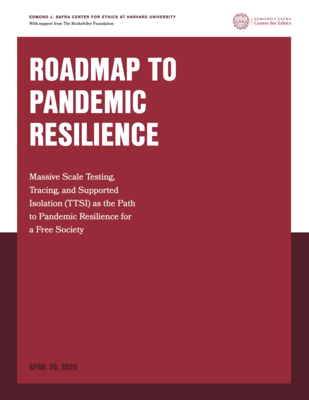