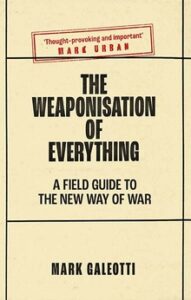 The violent clashes at the Poland-Belarus border resulting from Belarusian President Alexander Lukashenko’s cynical weaponization of migrants were in part caused by European Union deals with authoritarian regimes to curb migration into Europe, says a prominent observer. The EU has struck similar deals with Sudan and Egypt, underscoring a fundamental point, that authoritarian regimes can get not only a free pass from the EU on many issues but also lucrative assistance, so long as they continue to keep migrants out, notes Mark Galeotti.

Of course, such deals have also given these same authoritarian regimes the ability to threaten uncontrolled migration as a form of blackmail. And as many European countries struggle with populist movements that mobilize around anti-immigration sentiment, the pressure on their leaders to pay authoritarian governments to keep the flow of migrants at a manageable level is unlikely to go away, he writes for Foreign Affairs.

Since the end of the Cold War, migration has taken on a powerful political dimension in advanced democracies, adds Galeotti, the author of the forthcoming book, The Weaponisation of Everything. Over the past two decades, civil wars, famines, and other upheavals, from the Balkans to Yemen to Afghanistan, have led unprecedented numbers of people to seek refuge in the wealthier economies of western Europe and North America.

The lesson of Minsk’s cynical ploy is that as conflict leaves the battlefield and moves into every other realm of life, migration has become another weapon in an arsenal that ranges from strategic disinformation and the deliberate use of investment for political pressure to controlling access to water or power, he concludes. RTWT