Democracy is “withering” under the influence of growing digital authoritarianism, with China especially culpable for its efforts to export its Great Firewall of internet censorship, a watchdog group warned today.

The Chinese Communist Party leadership is quite open about its intention to replace the liberal international order with its own authoritarian vision, a project that clearly extends to the digital sphere, according to Michael Abramowitz and Michael Chertoff, Freedom House president and chairman, respectively. The U.S. trade war with China is focused on products ranging from agricultural goods to household appliances, but the U.S. and other democracies should worry about a different type of Chinese export: digital authoritarianism, they write for The Washington Post: 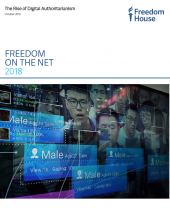 Officials in Beijing are providing governments around the world with technology and training that enable them to control their own citizens. As Chinese companies compete with their international counterparts in crucial fields such as artificial intelligence and 5G mobile service, the democratic norms that long governed the global Internet are falling by the wayside. When it comes to Internet freedom, many governments are eager to buy the restrictive model that China is selling.

The “Belt and Road Initiative,” an ambitious bid to project Chinese influence around the world through bilateral loans and infrastructure projects, includes a major emphasis on information technology. Of the 65 countries examined by “ Freedom on the Net,” Freedom House’s global assessment of Internet freedom published Thursday, 38 were found to have installed large-scale telecommunications equipment from leading Chinese companies such as Huawei, ZTE or the state-owned China Telecom.

As fake news on social media has become a deadly problem, governments are using it as an “opening wedge for censorship,” Chertoff, a former U.S. secretary for Homeland Security, told reporters.

“The internet is growing less free around the world, and democracy itself is withering under its influence,” writes Freedom House analyst Adrian Shahbaz (above). 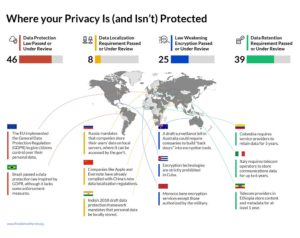 “Disinformation and propaganda disseminated online have poisoned the public sphere. The unbridled collection of personal data has broken down traditional notions of privacy,” he asserts. “And a cohort of countries is moving toward digital authoritarianism by embracing the Chinese model of extensive censorship and automated surveillance systems.”

Social media companies are working with civil society to identify disinformation on their platforms, the report observes:

Facebook’s collaboration with DFRLab at the Atlantic Council in the United States led to the discovery of fake accounts controlled by entities in Russia and Iran. Comprova, an initiative by the nonprofit First Draft and the Brazilian Association of Investigative Journalists (ABRAJI), brings together 24 Brazilian news outlets to identify and counter disinformation ahead of the country’s elections. The project marks the first time a journalists’ association has been granted access to WhatsApp’s business API (application programming interface), which will improve the group’s ability to reach audiences on the platform. Through a partnership with Facebook, the Argentinean organization “Chequeado” runs a bot that automatically matches media claims on the network with fact-checking research.

[In another case of cross-sector collaboration, representatives from the Design for Democracy Coalition recently attended the Copenhagen Democracy Summit, organized and hosted by the Alliance of Democracies, with the sponsorship of a wide array of organizations, including Microsoft, Facebook, the University of Denver, the National Democratic Institute and the International Republican Institute]. 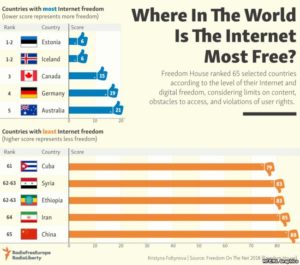 “In response to fears about ubiquitous collection and the inherent insecurity of personal data, many countries are enacting legislation that grants individuals the right to control how their data are collected, processed, and shared by public and private entities,” the report states. “At least 15 countries considered data protection laws since June 2017, and at least 35 already have a data protection law on the books.”

“Securing internet freedom against the rise of digital authoritarianism is fundamental to protecting democracy as a whole,” it adds. “Technology should empower citizens to make their own social, economic, and political choices without coercion or hidden manipulation.”

Freedom House is a partner of the National Endowment for Democracy. 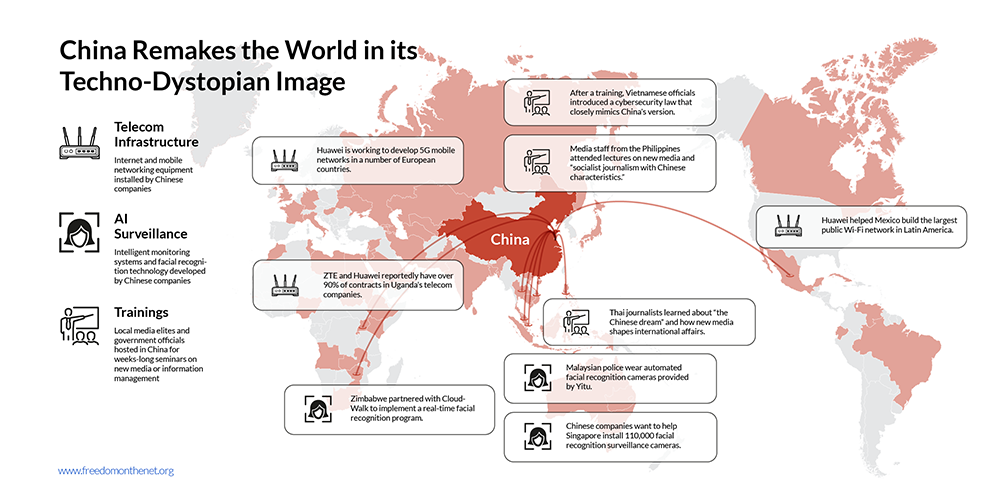