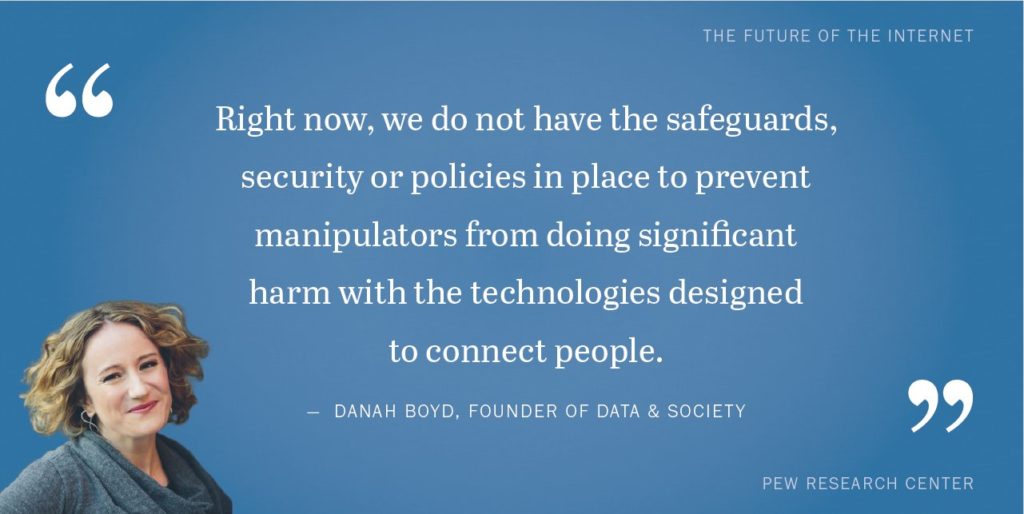 The years of almost unfettered enthusiasm about the benefits of the internet have been followed by a period of techlash as users worry about the actors who exploit the speed, reach and complexity of the internet for harmful purposes, according to Pew researchers JANNA ANDERSON and LEE RAINIE. Over the past four years, the digital disruption of democracy has been a leading concern, prompting In light of this furor, the Pew Research Center and Elon University’s Imagining the Internet Center to canvass technology experts on the potential impact of people’s use of technology on democracy:

The report also details the experts’ recommendations for appropriate responses to the challenge of tech’s democratic disruption, which included…

“The digital transformation supports values such as communication, participation, transparency, the free flow of information, connectivity and authenticity. On the basis of these values, democracy will become more responsive to citizens, who will be able to access more information, assess the value of information and participate in shaping and using information,” said David J. Krieger, director of the Institute for Communication & Leadership, based in Switzerland:

A global socio-sphere will replace the traditional public sphere of political deliberation, reducing the importance of representative middlemen in democratic processes. More forms of direct democracy will become not only feasible, but the only credible form of legitimation for democratic government. Not government, but governance will become an increasingly important form of regulation. Stakeholders in hybrid networks will become responsible for implementing cooperatively regulated datafication schemes that create value in many areas of society, including health care, education, business, scientific research and politics. 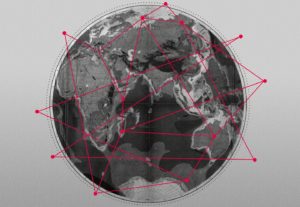 These developments will be accompanied by cultural and ideological changes that depart from the convictions, values and traditions of Western industrial society, Krieger adds.

The latest meeting of the “International Grand Committee on Disinformation and Fake News” (IGC) discussed the spread of disinformation, the threat of “fake news,” questions of privacy and protecting individuals’ data — and what this all means for democracies, CIGIonline reports.

“Right now this is the only international body that grasps surveillance capitalism and its consequences as a critical threat to the future of democracy,” Shoshana Zuboff, who authored The Age of Surveillance Capitalism: The Fight for a Human Future at the New Frontier of Power, told CIGIonline.

Algorithms are a powerful tool for social media platforms, churning through data to shape what content people see online, RAND reports. But algorithms are just one part of the issue, say RAND experts. While software platforms have a responsibility to regulate their content, oversight authorities and social media users themselves also have roles to play. Read more »

Democracies are not defenseless in protecting themselves, argues CEPA’s Edward Lucas, the author of a new report – Firming up Democracy’s Soft Underbelly: Authoritarian Influence and Media Vulnerability [PDF] – which explores how leading authoritarian regimes have transformed the market for information into a dangerous tool to exert antidemocratic sharp power. Under enormous economic and political pressures, independent media are struggling to respond, he adds in the report, commissioned by the National Endowment for Democracy (NED), the Washington-based democracy assistance group.

The 6th STRATCOM SUMMIT will take place between the 13th and 15th of May 2020. The goal has remained the same: mindful of the importance of coordination and best-practice sharing, contribute to creating and improving existing policies to counter the aggressive disinformation campaigns. With more than 200 participants representing 30 countries, the summit will duly provide a platform for discussion and policy development.

@pewresearch explains why some experts believe the use of technology will mostly weaken core aspects of democracy and democratic representation by 2030.