Although President George W. Bush insisted that his administration’s grand strategy—supporting the growth of democratic movements and institutions in every nation and culture, with the “ultimate goal of ending tyranny in our world”—was not primarily a military task, it was interpreted as justifying endless interventions in the affairs of other nations, argues the Brookings Institution’s William A. Galston argues.

But rejecting a grandiose doctrine does not entail embracing a doctrine of moral indifference, he writes for The Wall Street Journal:

Americans should acknowledge, as Mr. Bush insisted, that the health of democracy in the U.S. is linked to the fate of democracy in other countries. We can support democratic movements abroad against autocrats and the rights of minorities over the tyranny of majorities.

Yes, during the Cold War the U.S. was inconsistent in its support of democracy, as left-wing critics have charged. In the name of fighting communism, Washington sometimes supported thugs against legitimate leaders. But on balance, the world is far more democratic today than it would have been if America had withdrawn behind its borders, as it did after World War I.

An approach that convened elected officials, civil-society and the private sector “to strengthen democratic institutions and confront the challenge of nations that are sliding back toward autocracy… would begin a welcome return to the role of global democratic leadership the U.S. never should have abandoned,” adds Galston, a former board member of the National Endowment for Democracy.

Republics do not suddenly evaporate, notes conservative commentator Andrew Sullivan. The institutions they establish tend to continue — but, over time, in a deeply polarized and increasingly unequal society, they can become less and less potent, as various leaders and their followings fight zero-sum games using the rhetoric of power rather than the dialogue of deliberation, he writes for New York magazine: 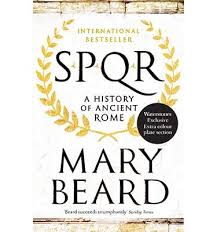 Precedents are broken; habits of mind and behavior erode; the advance of executive power ebbs and flows; but relentlessly, the water line of what is an acceptable level of autocracy rises. In Rome, it took a long while, but there were periods of much quicker erosion, as charismatic figures established a space for authoritarianism that came to be permanent. And then, of course, a sudden and unexpected collapse.

What kept the Roman republic together without a written constitution, Mary Beard’s classic, SPQR, suggests, was something the Romans came to call the mos maiorum, the “way of the elders,” Sullivan adds:

Tradition, in other words, or what we would call long-standing democratic norms — adherence to precedent, give-and-take in political negotiations, respect for proper procedures, a willingness to accept half-measures rather than imposing zero-sum solutions, and, above all, loyalty to the republic over one’s own ambition.

But once such norms are eroded, they are hard to replenish, he warns. RTWT