📣 Today, POMED is one of 20 orgs calling on the Biden administration to condemn strongly—in both word and policy—attempts by the government of #Egypt to silence human rights defenders, even outside its own borders.

A government source says the new developments come as the high-profile case may be drawing to a close, but that travel bans preventing some defendants in the case from leaving Egypt could remain in place and that some could face new charges related to the financing of civil society groups. At least 13 high-profile civil society figures have been subject to travel bans and asset freezes in the case for around five years. ……Tuesday’s interrogation sessions marked the first time Borai and Eid were summoned for questioning in the case, which began nearly a decade ago. Eid was questioned for three hours, according to a statement by the Arab Network for Human Rights Information (ANHRI), which criticized the case for a lack of evidence and conflicting information. …. In a Facebook post on Tuesday, Eid said that “the goal of this case is to exact revenge against independent institutions, and there is no place for law in it.”

The investigation, Case 173/2011, has been criticized by international human rights organizations and the United Nations as a crackdown on civil society, Mada Masr notes. Activists are suggesting the case should be taken up by Clement Voule, the UN Special Rapporteur on Freedom of Association and Peaceful Assembly, who recently criticized governments for abusing the law to silence dissent.

The case against foreign-based pro-democracy groups, including the National Democratic Institute and International Republican Institute, was resolved in 2020 after several years of legal proceedings. But local organizations, most of which have faced travel bans, still face prosecution. Investigations have been reopened, and a number of activists summoned for questioning.

According to Amr Magdi, a researcher for Human Rights Watch, Egypt’s NGO legislation bears all the hallmarks of Russia’s foreign agent law, notes analyst Masho Lomashvili.  Justified by officials as protecting national security and guarding against interference from foreign-funded charities, a 2017 law enabled the nation’s government to surveil and control nearly every aspect of human rights monitoring, advocacy and reporting by NGOs in the country, she writes for Coda Story. 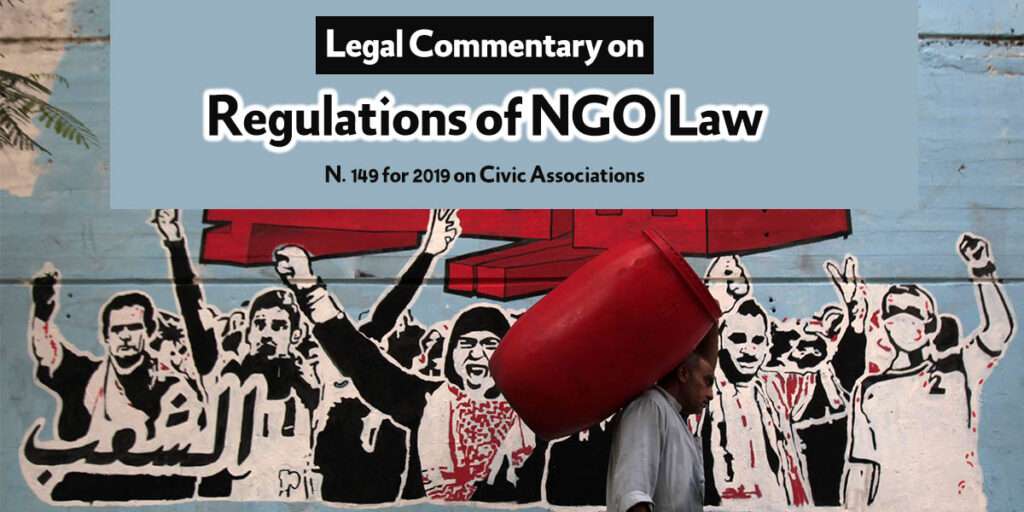 A coordinated harassment and intimidation campaign against human rights defender Mohamed Soltan is “part of the Egyptian government’s broader repression of rights and freedoms in Egypt and aims to stigmatize human rights defenders, both nationally and abroad, and undermine the effectiveness of their work,” according to a letter signed by leading human rights and democracy groups* (above).

US Senator Chris Murphy has told the Biden administration that if it is serious about promoting human rights globally, then it must cut military aid to Egypt, Al-Monitor adds:

In an impassioned speech on the Senate floor on Wednesday, Murphy urged US President Joe Biden against issuing a national security waiver to deliver the full aid promised to Cairo against congressional demands. Congress has been imposing human rights conditions on $300m of the $1.3bn annual military aid to Egypt, but successive administrations have issued national security waivers to bypass the restrictions.

FIDH, within the framework of the Observatory for the Protection of Human Rights Defenders

OMCT (World Organisation Against Torture), within the framework of the Observatory for the Protection of Human Rights Defenders

US Committee to End Political Repression in Egypt