Russia’s leader faces a backlash from the generation that has lost out under his rule, notes analyst Natia Seskuria.

Young people are becoming more politically active. After 21 years of Putin’s rule, regime fatigue is settling in  – particularly in the younger generations who have known no other leader. According to a poll by the Levada Center, 41 per cent of Russians don’t want Putin to remain in power after his term ends in 2024, she writes for Chatham House.

Which explains why the regime is doubling down on repressing sources of dissent.

Roman Badanin, chief editor of investigative news outlet Proekt, has left Russia with no plans to return and is evacuating his staff to avoid possible prosecution after Proekt was outlawed in a media crackdown, he told Reuters:

The move was part of a widening crackdown ahead of September’s parliamentary election that has targeted media regarded by authorities as hostile and foreign-backed. … Badanin said he had no plans to return to Russia soon since he could face criminal prosecution. Under a 2015 law, members of “undesirable” groups can be fined or jailed for up to six years for ignoring the ban. …

He said staff at Proekt were also exposed due to a criminal investigation into alleged slander against the outlet as well as a push by authorities to label some journalists, including several that work at Proekt, as “foreign agents”. The term carries negative, Soviet-era connotations and subjects those designated to extra government scrutiny and labelling requirements. Police last month raided the homes of Badanin, his deputy Mikhail Rubin and one of Proekt’s reporters in the slander case.

Badanin said Proekt would continue to function in some form, although details of how that would work in practice remain unclear, RFE/RL adds.

“The main difference is that a large part of the team will be out of Russia in order to avoid the possibility of any legal and extra-legal action against them,” Badanin said.

Proekt has published investigations into prominent officials, businesses and foreign interventions, including Russian interference in Bolivia’s elections and Kremlin machinations in Africa. 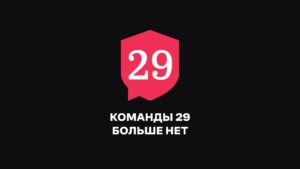 “This decision sets a dangerous precedent for investigative journalism in Russia and could end the incredible surge it has enjoyed in recent years,” said Jeanne Cavelier, the head of RSF’s Eastern Europe and Central Asia desk. “The use of this new repressive tool comes as the authorities continue to orchestrate the gradual disappearance of independent media outlets. We urge the justice ministry to withdraw Proekt from the ‘undesirable organisations’ list, whose sole aim is to prevent the media from serving as a fourth estate in Russia.”

The assault on Proekt on critical and independent media in Russia has seen news websites like Meduza and VTimes declared foreign agents (the latter has since shut down), journalists from the student journal DOXA put on trial, the investigative arm of Alexei Navalny’s Anti-Corruption Fund declared “extremist”, and millions sought in fines against the US-funded RFE/RL, the Guardian reports.

Lyubov Sobol (below) is the only one of the half-dozen people who run opposition leader Navalny’s projects who is neither under arrest nor living in exile, notes Masha Gessen.

A survey conducted in April by the Levada Center, an independent polling organization, found that, in Moscow, Sobol’s approval rating is second to Navalny’s among politicians outside the Kremlin system, although Sobol is still unknown to a majority of respondents, she writes for the New Yorker.  “Like all people in the opposition, she has limited resources because she can reach people only through social networks,” said Denis Volkov, Levada’s deputy director. Sobol saw the poll as further proof that she makes the powerful élite uneasy.

“They are afraid to let me on the ballot because they realize that, even with all of their dirty tricks and falsifications, I am still in a position to win,” she said. “They know that even if they chopped my legs off I’d still get elected.” Volkov agreed that Sobol would likely win in a free and open election, which only Sobol can imagine ever happening.

There are deep cracks in the carefully managed system that upholds the stability of the Putin regime, reports suggest. Many hoped Ella Pamfilova would help bolster Russian democracy — now she appears to be struggling under the immense pressure she’s under to continue dismantling it, the Spectator’s Matthew Luxmoore writes. Her predecessor as head of Russia’s Central Election Commission failed to stop widespread ballot-stuffing at the expense of opposition candidates; she’s seen as presiding over an electoral system which prevents any other candidates from running in the first place.