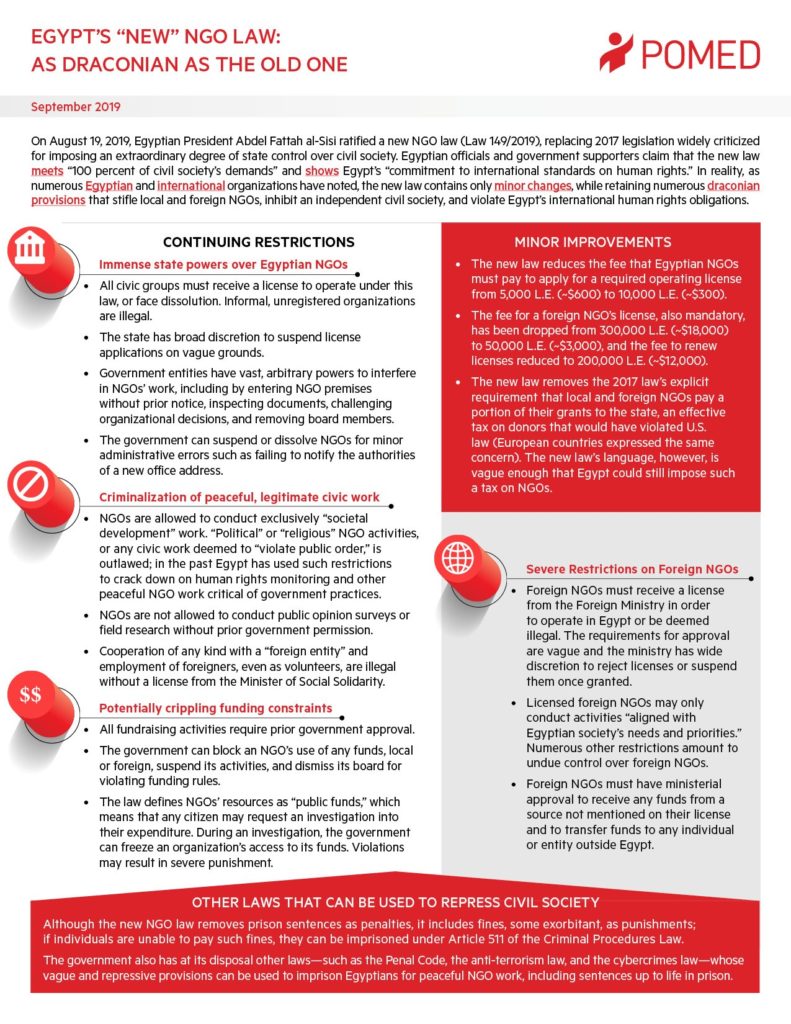 Chaotic protests across Egypt this weekend — prompted by videos exposing corruption in President Abdel Fattah el-Sisi’s military-backed government — underscore the population’s weariness with economic hardship due in part to government austerity measures, according to a prominent analyst.

Why it matters: While Sisi markets Egypt as an island of stability in a turbulent region, popular dissatisfaction with his regime threatens that image, notes Michele Dunne,* an expert on political and economic change in Arab countries, particularly Egypt, as well as U.S. policy in the Middle East.

Nearly all political and social movements active before the coup have been crushed, leaving few leaders to formulate coherent protest demands or to negotiate with the military and security apparatus, she writes for the Carnegie Endowment:

Between the lines: While Sisi has sharply increased the military’s share of economic activity and political power, those benefits fall unequally, giving rise to internal power struggles. This has led some Egyptians to speculate that factions within the military or intelligence services may have encouraged releasing evidence of corruption, potentially for their own gain.

As al-Sisi seeks to highlight his government’s “positive achievements,” he may tout the new NGO law he ratified in August. Facing international and domestic criticism over a draconian 2017 NGO law—and the withholding of U.S. aid—al-Sisi agreed last year to reform the legal framework for civil society, the Project on Middle East Democracy reports:

Egyptian officials have boasted that the 2019 law is a significant improvement, but as a new POMED fact sheet (above) explains, this law is not much different from the one it replaced. It continues to grant the state nearly unchecked powers to repress civil society, to criminalize legitimate civic activity, and to violate Egypt’s international human rights obligations.

The bottom line: While there is no clear path to peaceful change, Sisi’s continued rule promises to drive Egyptians into increasingly desperate circumstances, as well as to increase security headaches for Europe and the U.S., which funds Egypt’s military to the tune of $1.3 billion annually, adds Dunne, a board member of the National Endowment for Democracy.

*This article was originally published by Axios.