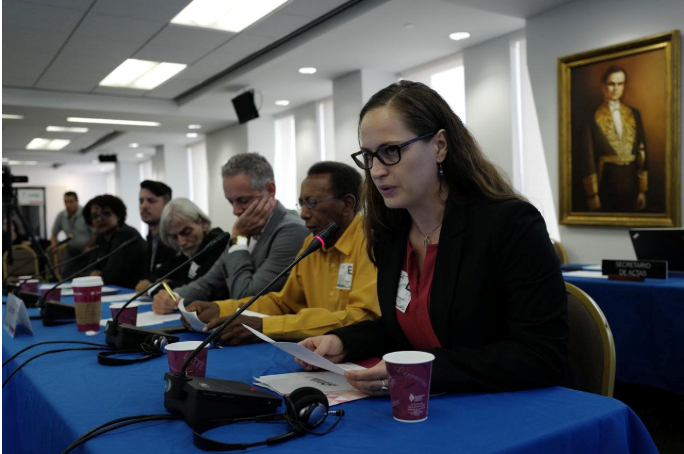 The United States hit Venezuela with a new round of sanctions on Tuesday, targeting the crisis-battered country’s ties with Cuba, which supports Nicolas Maduro in Caracas, AFP reports:

The move is the latest US escalation of sanctions aimed at undermining support for Maduro, who is grappling with a political and economic crisis that the United Nations says has left a quarter of Venezuela’s 30 million people in need of humanitarian aid. ..The new sanctions hit four companies — three registered in Panama and one in Cyprus — that ship oil from Venezuela to Cuba, and names four specific oil tankers. 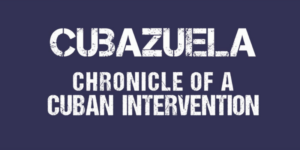 “Maduro’s Cuban benefactors provide a lifeline to the regime and enable its repressive security and intelligence apparatus,” U.S. Treasury Secretary Steven Mnuchin said in a statement. “Venezuela’s oil belongs to the Venezuelan people and should not be used as a bargaining tool to prop up dictators and prolong the usurpation of Venezuelan democracy,” he added.

Cuban medical professionals will this week give first-hand accounts at the New York Foreign Press Center of abuses they experienced as participants in Cuba’s overseas medical missions programs, the U.S. State Department reports. These programs employ up to 50,000 healthcare professionals in more than 60 countries, and are a major source of income for the Cuban regime. However, some former participants describe coercion, non-payment of wages, withholding of their passports, and restrictions on their movement.

The State Department, which has documented indicators of human trafficking in Cuba’s overseas medical missions each year since the 2010 Trafficking in Persons Report, “urges host country governments and civil society to examine the practices in Cuba’s medical missions in their countries and ensure the healthcare professionals’ rights are protected.”

This week’s Inter-American Commission on Human Rights (IACHR) hearing on “Serious Human Rights Violations in Cuba” highlighted the persecution of journalists and human rights activists by the Castro regime, the Center for a Free Cuba reports.

Caitlin Kelly of Race, Equality and Human rights gave a summary of their report, “Premeditated Convictions: Analysis of the Situation of the Administration of Justice in Cuba.”  Kelly reported that Cuba’s new Constitution has not addressed the harassment and persecution of human rights defenders and independent civil society observing that “there is a lack of respect for the rule of law, and a legal system that has many loopholes that permit the criminalization of people who speak against the government — human rights defenders, journalists and independent activists.” She also highlighted the case of prisoners of conscience Eduardo Cardet, and Roberto de Jesús Quiñones Haces. 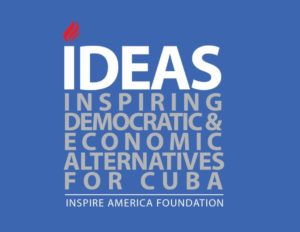 “Inspiring Democracy in Cuba and the Americas: Thirty Years After the Berlin Wall, Havel’s Legacy Continues”

Keynote by Tomas Petriceck, Foreign Minister of the Czech Republic.

COMPLIMENTARY ADMISSION TO BOTH EVENTS