Turnout appeared low on Tuesday as Egyptians voted on the second day of an election that President Abdel-Fattah el-Sissi is virtually certain to win, after all serious rivals were either arrested or intimidated into dropping out, AP reports:

El-Sissi came to power after leading the 2013 military overthrow of his freely elected Islamist predecessor, Mohammed Morsi, amid mass protests against his divisive yearlong rule. The only other candidate on the ballot, Moussa Mustafa Moussa, registered at the last minute and supports el-Sissi.

Opponents have criticized the elections as a farce. There is only one challenger who is not expected to have a strong showing. ….Sisi claimed he would have liked to see more candidates running, despite having imprisoned his most credible challenger, Foreign Policy adds. 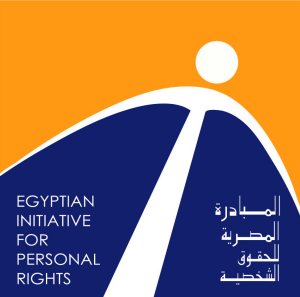 “There is no election, it’s a show,” says Dalia Abdel Hameed, an activist at the Egyptian Initiative for Personal Rights. “It’s very depressing because it’s much worse even than it was during the Mubarak days.”

“The period of eliminating other candidates was very stressful for everybody,” she told NPR. “The younger generation is generally more depressed and whenever they try to gear up for something they are more easily crushed now. So I don’t think we will see many people there except those who are being pushed by the government.”

Michele Dunne, the director of Carnegie’s Middle East program and an Egypt expert, said that Sisi now faces growing opposition within his own base — something he didn’t have to deal with the last time he ran. Once Egypt’s charade of an election is out of the way, the real question, she told Vox, is “what’s going to happen to this opposition going forward?”

Questions are also being raised as to whether Sisi’s repressive tactics are fueling rather than combatting the terrorist insurgency, said Dunne (above), a board member of the National Endowment for Democracy.

Observers said the electioneering was reminiscent of the tactics of former President Hosni Mubarak, whose three decades of rule ended in a popular uprising in 2011, The Wall Street Journal reports. 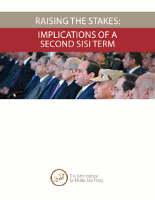 “Sisi and his team aren’t counting on the power of his charisma to mobilize turnout,” said Timothy Kaldas, a Cairo-based analyst with the Tahrir Institute for Middle East Policy. They have turned “to the Mubarak era infrastructure to get people to the polls.”

Although Sisi has vowed to respect Egypt’s two-term limit for presidents, his efforts to consolidate power by eliminating opposition have stirred fears he may try to amend the constitution, France 24 adds.

“The way things are going tells us that [Sisi] … will be keen on staying in power. You may see the government producing amendments to reduce term limits and introduce more repressive tools,” said Amr Magdi, a Middle East and North Africa researcher for Human Rights Watch.

Aspiring candidates have been detained or have withdrawn from the race citing an unfair political climate, the Journal notes.

“In the current climate of resurgent authoritarianism, the Sisi regime acts with impunity and with absolutely zero concern over the ramifications,” said Michael Hanna, an Egypt expert at the Century Foundation, a policy institute in New York.

A number of rival candidates were arrested or otherwise repressed, the New York Times reports.

“Their attempted candidacies said to the Egyptian public that Sisi is doing a bad job and Egypt needs new leadership,” said Amy Hawthorne, an Egypt expert at the Project on Middle East Democracy. “That’s very provocative.”

To be sure, Sisi enjoys certain advantages in his effort to eliminate threats to his rule: the power of incumbency, his support among some Egyptians (though apparently weaker than when he took power), and the military’s conservatism, say POMED’s Hawthorne and Andrew Miller. Yet, his failure so far to cultivate and organize alternative bases of support outside the military, in contrast to his military predecessors, and his reliance on repression, like his predecessors, may not only leave him more dependent on continued military support, but may also exacerbate the very pressures that could lead the military to act, they write for Foreign Affairs.

After a democratic election in 2012 that put the Muslim Brotherhood in power, Sisi, then a military leader, led a coup that overthrew the democratically-elected president, PRI adds.

“The Sisi friendly media will hail his victory, but it will be a hollow one,” says Steven Cook, senior fellow at the Council on Foreign Relations. “Egypt is a profoundly repressive place, which is a reflection of the instability. As a result, Sisi is using the only tool at his disposal to try to bend the political arena to his will: force.”

Reference to the importance of “rule of law,” as is prominent in Sisi’s discourse, has been used as a strategy to present a liberal, democratic facade to keep the international community at bay, said a recent report (above) from the Tahrir Institute for Middle East Policy (TIMEP):

But [its use] belies a first term in which the letter of the law has steadily expanded to facilitate a whole manner of “legal” rights abuse, paving the way for unbound use of law as a tool of rights abuse in the second term. At the same time, extralegal abuses of human rights have shown no signs of abatement, and red lines have become more arbitrary and even affected Sisi’s inner circle. This has fostered an environment of fear and fatigue among many seasoned rights defenders and advocates.

“The combination of less organization and greater repression is creating a pressure cooker in which reactionary protests will become more spontaneous and chaotic,” the report concludes.

The U.S. government has declared its support for “a transparent and credible electoral process” in Egypt. Sisi has pursued the opposite course, said the bipartisan Working Group on Egypt:

We applaud the administration’s decision to withhold $195 million in military assistance due to concerns about human rights violations and harassment of American and Egyptian non-governmental organizations. This sham election only serves to underline the concerns raised by Congress in legislation, which calls for withholding 15 percent of assistance unless the government of Egypt is “taking effective steps to advance democracy and human rights,” including “protecting freedoms of expression, association, and peaceful assembly.” Egypt under Sisi has moved aggressively in the opposite direction.

“The U.S. government needs to stand privately and publicly for the right of Egyptians to enjoy basic human rights as well as to choose their leaders in a free and fair electoral process, as laid out in their own 2014 constitution,” the Group added. “Not only are these core values, but they are critical to building stability and prosperity in Egypt, the Arab world’s most populous nation.”

The election has highlighted how much party activism has waned, MEMRI reports, a trend which cannot be solely blamed on the suppression of media, civil society and political activity.

“If there is a lesson that everyone can learn from the January revolution, it is that political development is no less important than economic development, and that a regime that succeeds and helps establish a political infrastructure – [including] a respectable, workable constitution; alternatives and options in the form of worthy and responsible political parties; a vigorous and involved civil society; and a media that raises awareness of the value of managing disagreements for the benefit of the homeland – is a regime that will give its country a national program worth more than all buildings, roads, and bridges.”[21]