But President Abdelaziz Bouteflika insisted on sticking to his long-term schedule before he departs, as he dispatched a key official to Moscow to shore up support…Bouteflika defied hundreds of thousands of protesters demanding his immediate departure. His scheme includes a months-long process to create a “national conference” to write up a new constitution, before holding a referendum and then presidential elections.

“There is an urgent need to make radical changes of the system in place with new personnel,” said the National Coordination for Change, which includes a prominent human rights activist, a former official, Islamists, and other opposition leaders.

Their statement called for Mr Bouteflika, his cabinet and parliament to leave office on 27 April, the day the current term expires. They asked him to hand over power to a “collegial presidency” composed of several national figures who would then appoint a caretaker government.

Another Battle of Algiers? 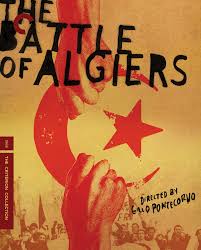 Protests have stopped Bouteflika from seeking another term, but it won’t change the military’s domination of the political system, Carnegie analyst Dalia Ghanem explains.

The government’s attempt to reach out to civil society actors such as trade unions is one event among many that signalled a change in the country’s power dynamics, said Isabelle Werenfels, a research associate at the German Institute for International and Security Affairs.

“What is symbolically important is that in the past, they [trade unions] were not or were hardly received by the government,” said Werenfels. “Their strikes and their demands were seldom acknowledged … While now, they are being sought so something has changed in the ‘balance of power’.”

“I think there’s quite a lot of pressure on the movement because people from all sides are trying to coopt them, to get them to join the national conference,” said Werenfels.

But Boualem Amoura, secretary-general of the Union of Autonomous Workers in Education and Training (SATEF), told TSA news website that his group would not hold “discussions with the system”.

Civil society groups called on the Algerian authorities to respect the freedom of expression and the right to peaceful demonstration, as guaranteed by the Algerian Constitution and the International Covenant on Civil and Political Rights (articles 19 and 21) to which Algeria is a party, reports suggest.

“This is only a first step,” said EuroMed Rights President Wadih Al-Asmar on the proposed roadmap, calling on Algerians to remain vigilant and continue their peaceful mobilization until there is a process of democratic change.