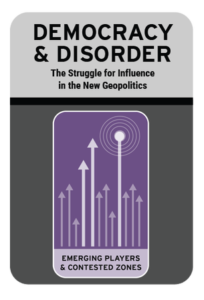 Since its independence from Britain in 1947, India has evolved into a strong electoral democracy—the largest in the world—and one that has proven resilient in the face of the populist tide pressuring many western democracies, notes Brookings analyst Torrey Taussig.  India has also emerged as a powerful nation in the Indo-Pacific region, contributing to global democratic institutions and norms in ways not always noticed in the West.

In this fourth and final episode of the Democracy and Disorder Project podcast series, she talks with Dhruva Jaishankar, a fellow in Foreign Policy at Brookings India in New Delhi, about India’s evolving role in the liberal international order.

The rise of China and the global crisis of democracy have given momentous new meaning to Tibetan advocate Lodi Gyari’s belief in the importance of India to the future of democracy, said National Endowment for Democracy president Carl Gershman.

Beijing’s rejection of the Middle Way Approach, which Lodi pursued with such patience and persistence, along with its refusal to speak with His Holiness until he accepts the transparent lie that Tibet has always been a part of China, gives us a prism through which to view a regime that today poses the gravest challenge to our own values and security, he told a recent memorial event on Capitol Hill.