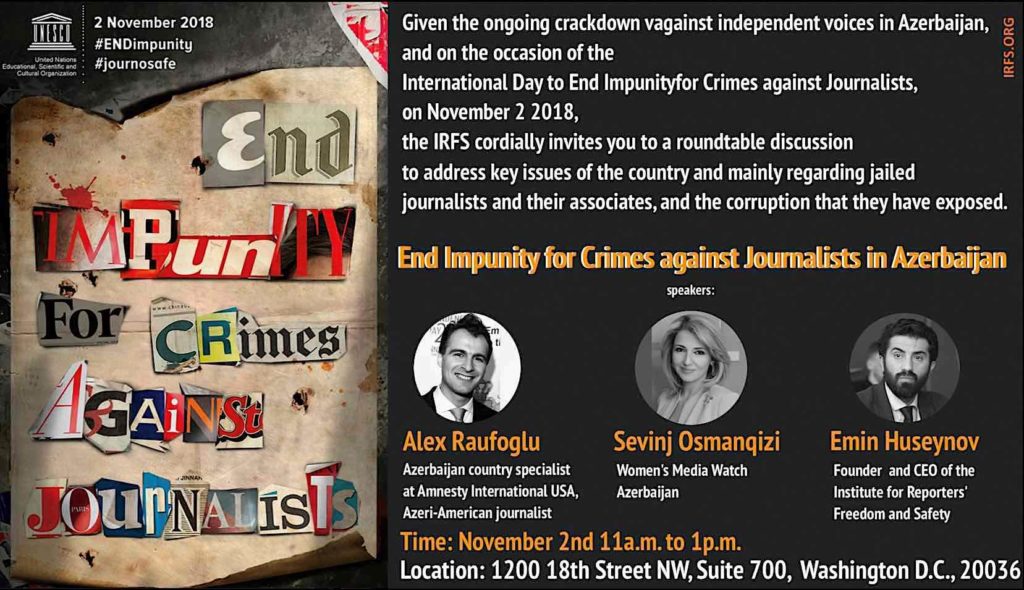 A free media is an essential pillar for keeping governments accountable and citizens informed. That’s why authoritarian regimes such as the one in Azerbaijan seek to intimidate, harass and silence the press by systematically targeting its journalists, kidnapping, arresting and even murdering them for their work. Lately, not only brave Azerbaijani journalists have been victims of the regime, more and more often their families and close ones are also targeted. Those who criticize the Aliyev regime or investigate sensitive issues like corruption, money-laundering, kleptocracy, do so at their peril.

Currently 14 journalists and bloggers are languishing in Azerbaijani jails. Only last week, one reporter was arrested and another went missing in Baku. Since 2016, the government has successfully blocked nearly all remaining major sources of independent news. 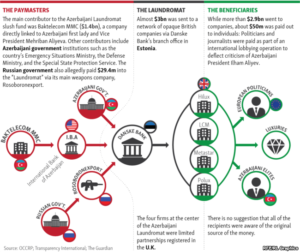 Given the ongoing crackdown against independent voices in Azerbaijan, and on the occasion of the International Day to End Impunity for Crimes against Journalists, on November 2nd, the IRFS cordially invites you to a roundtable discussion to address key issues of the country and mainly regarding jailed journalists and their associates, and the corruption that they have exposed. The «Azerbaijani Laundromat» and how the authorities have laundered almost $US3 billion over a two-year period to buy influence across Europe and the world is also on the agenda. Another topic of discussion will be the importance of channeling stolen assets back  to the civil society with an aim to address corruption and money laundering and  promote democracy and human rights for the benefit of the Azerbaijani people.

Additional speakers may be added.

Please RSVP as space is limited, and only confirmed RSVP’s may attend.