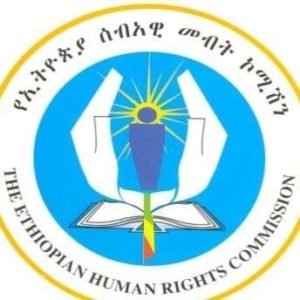 The Ethiopian Human Rights Commission has announced that it will conduct a “rapid assessment” of the details of the state of emergency measures to stop the spread of the coronavirus.

The commission intends “to determine if they comply fully with the Constitution and international human rights obligations, and submit a comprehensive recommendations to the Government on issues that must be rectified,” it said in a statement.

The commission stipulates several basic Principles of Human Rights in State of Emergency that must be respected, namely legality, including the independence of the judiciary; strict necessity and proportionality – that special powers must be “strictly required by the exigencies of the situation and .. proportionate measures under the circumstances”; the right to freedom from torture and from cruel, inhumane and degrading treatment; equality before the law and non-discrimination; freedom of thought, conscience and religion; and freedom from ex post facto laws (non-retro-activity of criminal laws).

Prime Minister Abiy Ahmed appointed Daniel Bekele, a former prisoner of conscience and Amnesty International official, to head the EHRC. In 2009 he received the Alison Des Forges Award for Extraordinary Activism and in 2010 was nominated for both the Martin Ennals Human Rights Defenders Award and the Index Freedom of Expression Award. 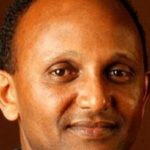 The announcement was welcomed by human rights and democracy advocates concerned that many governments are using the pretext of the Covid-19 crisis as a pretext to curb civic space and democratic rights.

The ECHR statement “should be the template for human rights commissions around the world,” said Dave Petersen, Africa Program Director at the National Endowment for Democracy (NED).

The state of emergency rules ban meetings of more than four people for religious, government and other organizations, including political gatherings, Adanech Abiebie, the attorney general, said in a statement. The measures also prohibit companies from laying off workers and terminating employment.

The country’s constitution dictates that under a state of emergency the Council of Ministers has “all necessary power to protect the country’s peace and sovereignty” and can suspend some “political and democratic rights”. it also requires lawmakers to approve a state of emergency, which can last for six months and be extended every four months subsequently.

The government declined to impose a strict lockdown along the lines of the harsh restrictions  in effect elsewhere in the region, including Rwanda, Uganda and Mauritius.

“The government’s approach is to give the executive branch sweeping powers it can utilize flexibly rather than impose a one-time fixed set of restrictions,” notes Yoseph Badwaza (right), a Senior Regional Advisor at Freedom House. “This strategy has some value. As the Attorney General said, this strategy allows the government to adapt and develop context-specific measures in response to an evolving pandemic.”

“At the same time, however, it is hard to overstate the potential dangers of giving the government limitless powers to impose restrictions on people’s freedom and human rights with little to no oversight,” adds Badwaza, a former director of the Ethiopian Human Rights Council (EHRCO). (His original report is at African Arguments).

The state of emergency comes at a delicate moment in Ethiopia’s democratic transition, analysts suggest. Since the euphoria that followed Abiy’s appointment as Prime Minister in April 2018 and the initial reforms that earned him the 2019 Nobel Peace Prize, Abiy has struggled to maintain order and unity.

“How Abiy manages this situation will be critical to the success of Ethiopia’s rollercoaster transition,” said the International Crisis Group. “Though COVID-19 represents a stark threat to Ethiopia, it also presents an opportunity for Abiy’s government to use this moment of national solidarity to reboot a troubled journey toward multi-party democracy.”

The Oromo Liberation Front and the Oromo Federalist Congress, two allied opposition parties from the country’s most populous region and the epicentre of protests between 2014 and 2018, stated that they would not “hinder the collective fight against the pandemic”, the ICG adds. while also making clear that the government must not use the state of emergency to restrict political space.

“The pandemic has significantly altered political dynamics and provided the justification for pausing an electoral schedule that was threatening to spiral into violence. It has also given Ethiopia’s politicians a reason and a need to come together,” it adds.

A political deal granting a formal consultative role for the opposition could be made, whereby the interim government led by Abiy would be required to seek consensus with an opposition committee for any election-related issue, adds William Davison, the ICG’s Senior analyst for Ethiopia. As part of this dialogue, discussions could focus on opposition grievances about campaigning restrictions, and more generally on crafting a roadmap leading to free and fair elections.