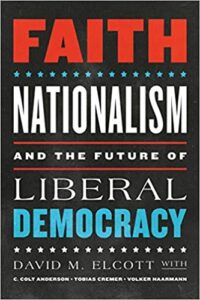 Is religion an antidote to populism or does it facilitate illiberal politics? Can democracy survive without religion?

“Religious frameworks for engaging the world have not disappeared, even in the West, but rather have adapted to the times. There are as many ‘churches’ as there are communities, and their members’ solidarities and activism patently shape public life,” note analysts Nora Fisher-Onar and Ahmet Erdi Öztürk.

“While religion-wielding populist leaders are not presently in power in most of Europe, it is plausible that they will seize upon the economic devastation wreaked by COVID—19 to propound ethno-religious politics claiming continuity with an imagined past of religiously defined, civilizational purity,” they write for the LSE:

Such a move would pose an answer to the Olivier Roy question in his 2019 book, Is Europe Christian? That is, it could precipitate the reimagination of Europe-an identity in exclusionary ethno-religious terms by persons bearing a religious identity – an outcome which would be achieved through polarising tactics, and in opposition to both social de-Christianisation and Christian Democracy.

“What is certain is that attempts to harness the power of religious referents to populist nationalism and transnational alliances will not conveniently disappear because they are objectionable to liberal sensibilities, secular and pious alike,” they conclude. 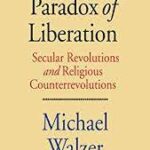 In some instances, “religion has been co-opted by nationalist populism,” but a recent book illustrates how faith can also “help provide an antidote” to illiberal politics, argues Andrew Preston, author of Sword of the Spirit, Shield of Faith.

In Faith, Nationalism, and the Future of Liberal Democracy, David Elcott, C. Colt Anderson, Tobias Cremer, and Volker Haarmann explore how religion engages in the public square and how….

….. religious identity can be used to foster the exclusion of individuals and communities from citizenship, political representation, and a role in determining public policy. ….The authors examine the ways religious identity is weaponized to fuel revolts against a political, social, and economic order that values democracy in a global and strikingly diverse world… {and} offer chapters showing how Catholicism, Protestantism, and Judaism can nourish liberal democracy.

The authors are “unusually frank in recognizing the possible affinities between their religions and a nationalist politics,” adds Michael Walzer, author of The Paradox of Liberation. “At the same time, they are wonderfully (and thankfully) persuasive in providing an account of Protestantism, Catholicism, and Judaism that can stand alongside and support liberal democracy.”

If you missed our event “Can Democracy Survive Without Religion?” with @IrshadManji, @rabbisacks, and @DavidAFrench, be sure to check out our 5 minute highlight reel. It was a terrific event and wonderful conversation! https://t.co/hvs72aCDhY

What is certain is that attempts to harness the power of religious referents to populist nationalism and transnational alliances will not conveniently disappear because they are objectionable to liberal sensibilities, secular and pious alike.https://t.co/w6dA6lOMBI