Trillions in tainted dollars flow freely through the global financial system, swamping a broken enforcement system, as major banks allegedly move illicit cash around the world for kleptocrats, corrupt officials, drug lords, and terrorists, according to newly-released documents from the International Consortium of Investigative Journalists: 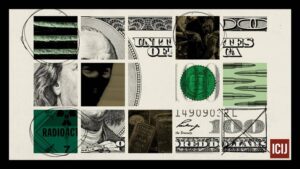 U.S. agencies responsible for enforcing money laundering laws rarely prosecute megabanks that break the law, and the actions authorities do take barely ripple the flood of plundered money that washes through the international financial system. In some cases the banks kept moving illicit funds even after U.S. officials warned them they’d face criminal prosecutions if they didn’t stop doing business with mobsters, fraudsters or corrupt regimes. 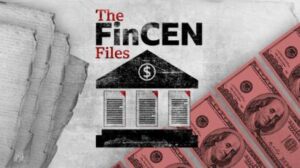 The files reveal that JPMorgan Chase, HSBC and other big banks defied money laundering crackdowns by moving staggering sums of illicit cash for shadowy characters and criminal networks that spread chaos and undermined democracy around the world, reports suggest.

The documents, provided to BuzzFeed News, which shared them with the International Consortium of Investigative Journalists, expose how banks helped Venezuela’s ‘boligarchs’ extract billions. The FinCEN Files show public money pouring out of the collapsing country,  according to ICIJ’s Sasha Chavkin and Patricia Marcano.

In a year-long investigation, reporters pored over about 2,100 suspicious activity reports, or SARs, which lenders file to the U.S. Treasury’s Financial Crimes Enforcement Network (FinCEN) when they spot potential money laundering and other bad behavior. While the number of SARs reviewed by the journalists dwarfs any previous access to these confidential documents, they’re still just a tiny fraction —  0.02% — of the 12 million or so SARs that were probably filed during the period in question, The Post adds.

Deutsche Bank accounts for 62% of all SARs filed to FinCEN in the leaked documents.

The files “describe journeys of dirty money that zigzag inexplicably around the world; from a kleptocrat’s spoils or a front company on the Atlantic coast, for example, via Wall Street bank to a sun-kissed tax haven in the Caribbean, a Singapore tower block or a financier in Damascus,” notes one account. 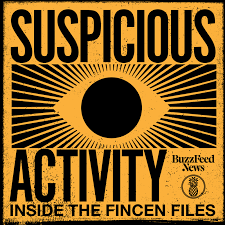 The files also confirm that former President Viktor Yanukovych “ran the Ukrainian government like a criminal organization, enabling grand corruption and profiting from diverse schemes,” FinCEN said in what appears to be an internal 2016 report on Ukrainian kleptocracy.

Money laundering is a crime that makes other crimes possible. It can accelerate economic inequality, drain public funds, undermine democracy, and destabilize nations — and the banks play a key role, BuzzFeed adds. “Some of these people in those crisp white shirts in their sharp suits are feeding off the tragedy of people dying all over the world,” said Martin Woods, a former suspicious transactions investigator for Wachovia.

“Democracies have been corrupted by the dictatorships they hoped would liberalize. Russian, Chinese, and Saudi money have flooded the democratic world, buying what they could never conquer,” says @Renew_Democracy‘s @Kasparov63. 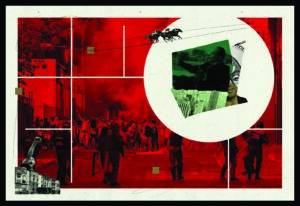 “The FinCEN Files are further proof that the global anti-money laundering system is broken,” said Maira Martini, Research and Policy Expert on Corrupt Money Flows at Transparency International. “Banks are meant to be the first line of defence against corrupt money flows, but without proper supervision and accountability for banks and their employees, they have little incentive to cut off suspicious clients.”

The #FinCENFiles open a rare window into the vast system of financial intelligence that follows money as it moves around the globe. A system that’s unmatched in the world but almost unknown to the public. https://t.co/7Jv9RU5txj