“While we all focused on the electoral system, I think this disinformation effort is organized to really attack any of the pillars of democracy,” said Elizabeth Rindskopf Parker, a former general counsel at the National Security Agency. “And when you think of the system that is the most highly regarded among the three branches of government, it is the court system. If you were installed in the position of a Russian disinformation planner, wouldn’t you want to erode that?”

The EU has launched a “war against disinformation” spread by the Kremlin in an attempt to protect next year’s European parliament elections. As new funding and measures were announced in Brussels, the Russian president, Vladimir Putin, was accused of spending more than £1bn a year to “spread lies” as part of a military strategy to cause division in Europe, The Guardian reports:

The European commission said it would set up a rapid alert system to help EU member states recognize disinformation campaigns, and increase the budget set aside for the detection of disinformation from £1.69m to £4.4m (€5m). It will also press technology companies to play their part in cracking down on fake news.

“There is strong evidence pointing to Russia as the primary source of disinformation in Europe,” said Andrus Ansip, vice-president of the commission. “Disinformation is part of Russian military doctrine and its strategy to divide and weaken the west. Russia spends €1.1bn a year on pro-Kremlin media.” 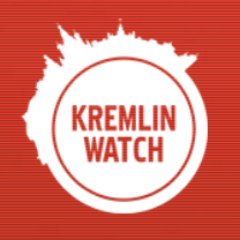 This is the most aggressive move the EU has ever announced on countering hostile disinformation. It is exactly what the European Parliament, several resolutions of the EU foreign ministers, or appeals by European security experts called for, said the Prague-based European Values Think-Tank.

“The only concern is whether the European External Action Service leadership will really put these financial and personal resources in practice and in time, mainly to the East Strategic Communications Task Force (the only European Council-mandated body for countering pro-Kremlin disinformation),” it added. “In the past, Federica Mogherini and her team have ignored the obvious need to strengthen the East Strategic Communications Task Force, which is what cannot happen right now, in the context of the expected threat of Russian interference in European Parliament elections.”

Civilian strategies against Kremlin hybrid warfare are detailed in a new report published by the Free Russia Foundation. The Case for Civil Resistance to Russia’s Populace-Centric Warfare, by Maciej Bartkowski, a civil resistance expert and adjunct professor at Krieger School of Arts and Science, Johns Hopkins University, includes specific recommendations for various stakeholders on developing civilian-based capabilities to defend against the Kremlin’s hybrid threats and attacks.

Experience from European elections suggests that investigative journalism and alerting the public in advance can help inoculate voters against disinformation campaigns, argues Harvard University professor Joseph S. Nye, Jr., author of Is the American Century Over? But the battle with fake news is likely to remain a cat-and-mouse game between its purveyors and the companies whose platforms they exploit. It will become part of the background noise of elections everywhere. Constant vigilance will be the price of protecting our democracies, he writes for Project Syndicate.

The term ‘hybrid war’ – gibridnaya voina – has become synonymous with Russian aggression, says Mark Galeotti. It denotes a style of warfare that combines the political, economic, social and kinetic, in a kind of conflict that recognizes no boundaries between covert and overt war. However, this definition fails to recognize crucial distinctions in Russian strategy, he writes in Critique & Humanism, Read in: EN

HT: Eurozine (a partner of the National Endowment for Democracy).