Countless news reports and analytical commentaries suggest that Europe is experiencing a rise of illiberal democracy. According to them, populist parties are espousing a highly majoritarian form of democracy, while chipping away at liberal checks and balances, notes Michael Meyer-Resende, the executive director at Democracy Reporting International. However, in countries like Hungary and Poland, governments are not really forging an illiberal or hyper-majoritarian democracy so much as undermining democracy altogether, he writes in a contribution to Carnegie’s Reshaping European Democracy project: 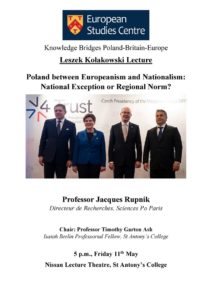 In the words of the researcher and writer Jacques Rupnik, “Illiberal democracy . . . seeks a strong executive power and sees checks and balances, constitutional courts, and other presumably politically neutral institutions as imposing undue constraints on the sovereignty of the people…..In a similar vein, Ivan Krastev, a well-known commentator on European affairs, states that “the new populists are not fascists. . . . But they are indifferent to liberal checks and balances and do not see the need for constitutional constraints on the power of the majority.”

“But the idea of separating checks and balances (liberalism) and majority will (democracy) as two completely distinct concepts creates a false choice that actually undermines democracy,” he adds. “The debate over illiberal democracy presents what is essentially an autocratic power grab as a genuinely ideological struggle. The concept of democracy is certainly not static, but there are red lines that, if overstepped, move a country toward authoritarianism.”