In Kim Jong-Un’s attempt to unleash the economy and hold on to his dictatorship, he seems to be taking a lesson from China’s Communist Party: change, or die, the New Yorker’s Evan Osnos writes. North Korea will never simply import China’s system, and Pyongyang is wary of Beijing’s influence. But, in recent years, as President Xi Jinping has intensified political control, the Chinese model has become easier for Pyongyang to adapt, he suggests:

By 2017, nearly half of North Koreans were involved in some form of private enterprise—driving, selling noodles, renting out spare bedrooms. South Korea’s intelligence service estimates that the North’s private sector is comparable in size to those of Hungary and Poland shortly after the fall of the Soviet Union.

“Xi Jinping has narrowed the gap between the configuration of their system and what Kim wants: No more collective leadership. No more term limits. No particular stigma attached to sending your comrade-in-arms to jail,” said Daniel Russel, the vice-president of the Asia Society Policy Institute. 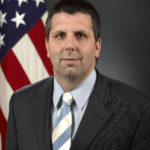 The regime is clearly interested in the “Market-Leninist” model seen in China, Vietnam and Cuba that blends economic liberalization with authoritarian political control, said Boeing’s Amb. Mark Lippert (left), former U.S. Ambassador to South Korea. It is aware that informal markets are gradually changing society and challenging centralized state control, as outlined in the book North Korea Confidential, he told a meeting at the National Endowment for Democracy (above).

But we should be wary of the dubious MacDonalds theory and of mirror-imaging, said Brookings Institution analyst Jung Pak (right). Kim is not motivated by wealth and the regime’s concept of economic opening is radically different from that of the U.S. Regime officials would have considered the video of an alternative economic future for the Hermit State to be offensive and threatening. The authorities don’t even want Chinese business investment, let alone international economic integration. 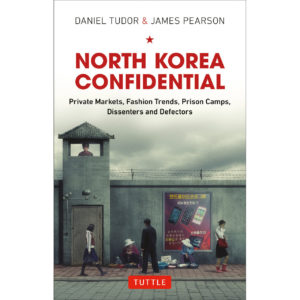 Human rights and denuclearization are “inextricably linked,” Pak told the NED forum. But North Korea’s model –a cult of personality based on self-preservation and loyalty to the Supreme Leader – is completely antithetical to human rights and the kind of openness required for economic reform. With Kim as the “hub of the spokes,” she said, “personalist politics are being reinforced.”

It’s imperative to maintain sanctions, she added, citing Georgetown analyst Bill Brown’s argument that sanctions strengthen markets at the expense of the state, as we saw in the 2009 currency reform protests.

It is “extremely unlikely” that Kim will abandon his nuclear program because it is ultimately based on the regime’s fear of its own people, said Michael J. Green (right), of CSIS and Georgetown University. “That’s why they want us to focus on the nuclear program,” he said, citing the “very important insight” of North Korean defector Kang Chol Hwan, director of the Democracy Network Against North Korean Gulag. The rationale for the nuclear program is essentially domestic is domestic, to minimize the chances of regime change, said the author of The Aquariums of Pyongyang: Ten Years in a North Korean Gulag. 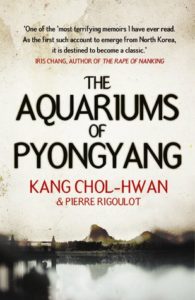 “[Kim’s] current situation of total state control is not sustainable,” said Abigail Grace, who was, until last month, an Asia adviser at the National Security Council. “It’s entirely possible that Kim Jong Un has recognized that, on a five-to-ten-year time horizon, trouble could arise.”

Human rights cannot be delinked from the nuclear issue, said Roberta Cohen of the U.S. Committee for Human Rights in North Korea, citing Andrei Sakharov’s insistence that “international confidence, mutual understanding, disarmament, and international security are inconceivable without an open society with freedom of information, freedom of conscience, the right to publish, and the right to travel and choose the country in which one wishes to live.”

Kim knows what happened to Gorbachev, whose spectacular fall served as a lesson to dictators everywhere about the folly of attempting to reform a totalitarian system, says New York Times analyst Bret Stephens.

“Kim may pursue a version of perestroika to stave off economic collapse, but there will be no glasnost,” he adds. “The survival of his regime depends domestically on state terror and internationally on his nuclear arsenal. He will abandon neither.”

The real test will come when U.S. Secretary of State Mike Pompeo follows up in the weeks and months ahead, said Green, who served as the senior National Security Council official on Asia policy during the George W. Bush administration. If he can persuade the North Koreans to turn over a full declaration of their nuclear, chemical, biological, and missile programs, then there might be cause to dial back the skepticism, he writes for Foreign Policy:

A declaration would not mean North Korea intends to denuclearize, but it is a necessary first step in the process that we have never see. Pompeo will have less leverage now to achieve that objective, but perhaps the goodwill generated in Singapore will compensate for diminished international pressure. That was supposed to be the logic of liberal internationalists, but here we are.

This spring, in a moment reminiscent of China’s 1978 declarations, Kim announced his decision to direct “all efforts” toward “economic construction,” said John Delury, of Yonsei University, in Seoul. “It’s impossible not to hear echoes of Deng.” He added, “Kim is breaking North Korea out of some of its ruts.”