Lithuania’s elves (above) are just one branch of a surprisingly complex and creative network across Europe that is combating disinformation from local sources, Russia, and elsewhere, says Thomas Kent, a senior fellow of the Jamestown Foundation, who teaches at Columbia University’s Harriman Institute. While most news media have focused on the tide of disinformation sweeping the continent, the growing forces fighting it have received far less attention, he writes for The American Interest: 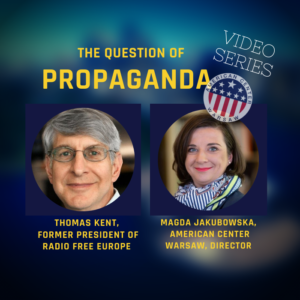 The U.S. State Department’s Global Engagement Center said last year it had arranged to train civil society actors in 14 European nations to respond to disinformation “in locally relevant ways.” The United Kingdom is spending £18 million over three years to counter disinformation and fake news across Eastern Europe and strengthen independent media in the Western Balkans. Many other funders, such as George Soros’ Open Societies Foundations, the National Endowment for Democracy (NED), and the European Endowment for Democracy, support grassroots civil society and independent journalism efforts. Facebook contributes millions of dollars to subsidize fact-checking projects. U.S. and German funders support Trolless, a Moldovan group that tipped Facebook to some 700 accounts and pages trafficking in disinformation and false identities ahead of elections in 2019. Facebook responded with its own investigation and removed nearly 200.

Perhaps the activists’ most powerful tool is international cooperation, adds Kent, formerly president and CEO of Radio Free Europe/Radio Liberty, drawing on his forthcoming book about Russian disinformation. Funders have supported a series of conferences to spur cross-border collaborations of civil society activists, journalists, and fact-checkers.

Civil society groups “are going to be the heroes of counter-disinformation techniques,” NED board member Daniel Fried, a former U.S. ambassador to Poland and now an Atlantic Council fellow, told the House Foreign Affairs Committee last year. “They, not government bureaucracy, are going to be able to expose, in real-time, Russian and other disinformation operations. We ought to put our trust in them. We ought to put some of our resources behind them.”