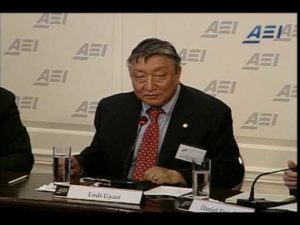 The death last month of Lodi Gyari, who as the Dalai Lama’s special envoy conducted nine rounds of negotiations with Beijing over Tibet’s status, offers an occasion to reflect on the increasingly troubled relationship between the United States and China, says Carl Gershman, president of the National Endowment for Democracy.

While he failed in his negotiations with Beijing, he was immensely successful as the Dalai Lama’s special envoy in Washington, building bipartisan backing for the Tibet Policy Act (2002), which institutionalized support for Tibet in U.S. foreign policy, he writes for The Washington Post:

He had many allies in this effort, but none was more devoted than Nancy Pelosi, the California Democrat who is the presumptive next House speaker and whose heartfelt statement on the passing of Gyari emphasized that “members of Congress on both sides of the aisle benefitted from Lodi’s insight and wisdom.” She could be an important ally in building bipartisan congressional support for a new China policy. 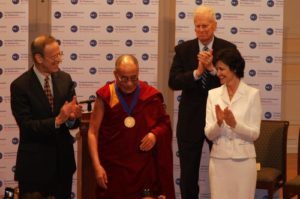 Two additional elements of such a policy are also tied to Gyari, Gershman (right) adds:

India’s role is crucial to support democratic resilience in its neighborhood, argues Constantino Xavier, a Fellow in Foreign Policy Studies at Brookings India, in New Delhi. India must emphasize a positive agenda for South Asia and expand on its efforts to cooperate with neighboring countries on strengthening the rule of law, pluralist institutions, and good governance, he writes for the Power 3.0 blog: