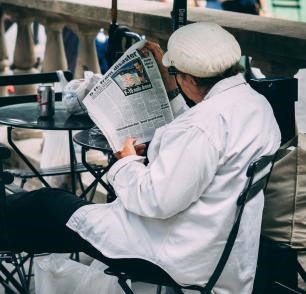 Over the past year, efforts to weed out fake news have boomed. In 2016, during the peace agreement talks between the government and the Revolutionary Armed Forces of Colombia (FARC), Consejo de Redacción (CdR), a journalist association that promotes investigative journalism in Colombia, launched the first online fact-checking media organization in the country devoted to verifying public discourse, IJNET reports:

Modeled off Chequeado, an Argentinian nonprofit fact-checking organization, Colombiacheck — initially funded by the Open Society Foundation — started an uphill battle against the spread of fake news on social media before the referendum on the peace agreements. …. Since its creation, Colombiacheck set up a solid methodology that is similar to Chequeado but they have adopted certain details that change regionally. As part of the International Fact-Checking Network (IFCN), they are certified and follow the network’s code principles.

This is the seventh installment of a series “Fact-checking around the world,” which highlights organizations fighting against misinformation worldwide. You can read the rest of the series here.

Colombiacheck is funded by the National Endowment for Democracy, the Washington-based democracy assistance group, Deutsche Welle Akademie and Facebook.