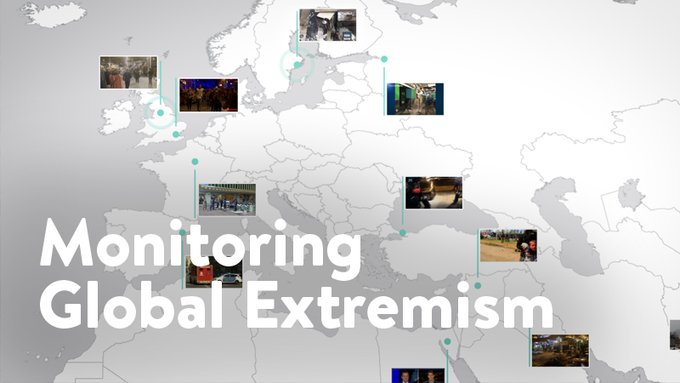 The threat from Islamist militants is growing and the current approach for tackling the threat will fail unless there is a global strategy to tackle the roots of extremism, says former British Prime Minister Tony Blair, Reuters reports:

Launching a new “Global Extremism Monitor” by his Institute for Global Change that tracks incidents of Islamist extremism, Blair will say that “security alone will never be enough” and governments need to focus more on prevention.

Some 121 violent Islamist groups operating globally were responsible for more than 84,000 deaths in 2017, mainly in Syria, Iraq, Afghanistan, Somalia and Nigeria.

“Muslims are often the first victims, with two thirds of all attacks aimed at civilians taking place in Muslim-majority countries,” the report notes.

“Security measures will be vital. But security alone will never be enough. It will only slow the violence,” Blair told the Council on Foreign Relations in Washington, D.C. “Unless there is a global will to meet the depth of the challenges, the ideology of Islamism will grow—and with it, the violence. It is time to act.”

“Extremism is global and growing,” he added. “It didn’t begin with Al Qaeda, nor will it end with the defeat of ISIS. It is a global movement, driven by a guiding transnational religious-political ­ideology.”

“The ideology and the violence associated with it have been growing over decades stretching back to the 1980s or further, closely correlated with the development of the Muslim Brotherhood into a global movement, the Iranian revolution in 1979 and, in the same year, the storming by extremist insurgents of Islam’s holy city of Makkah.”

The study states that the UK spends only 1 per cent of its anti-terrorism budget on “countering the ideology driving Islamist violence”. To erode and eliminate support for the extremists on a global basis, says Blair, policymakers should: