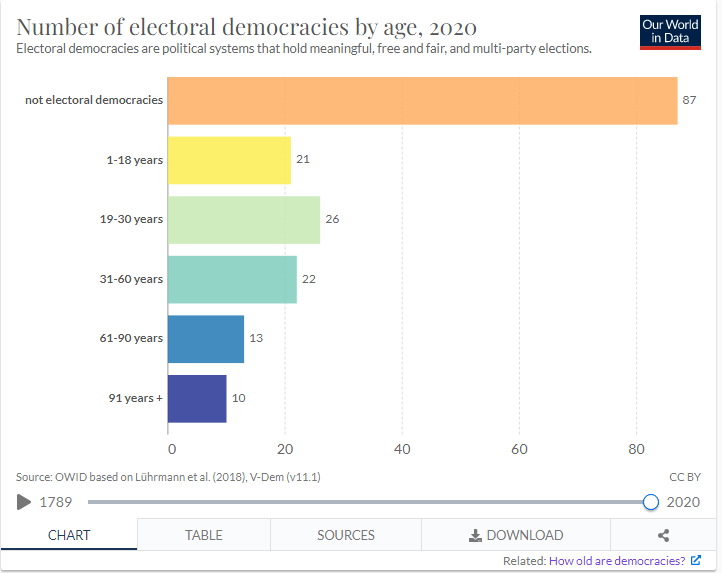 To people living in democracies, authoritarianism may seem like a long-forgotten part of history. For as long as they can remember, their fellow citizens have had the right to voice their opinion and to organize freely, political parties have competed in meaningful elections, and the legislature and courts have checked their governments’ actions, notes analyst Bastian Herre.

But these experiences are not representative. About half of all countries are not democracies; and almost all countries that are democratic are younger than a lifetime. This means that for most people, life under authoritarianism is either their current experience, or they can recall a time when it was, he writes for Our World In Data, drawing on the Regimes of the World (RoW) classification from the Varieties of Democracy (V-Dem) project. 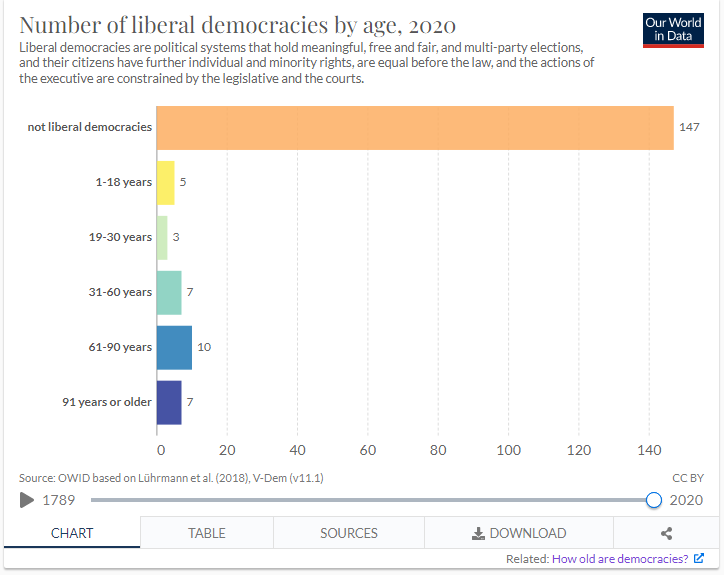 Many democracies are less than a generation old. Twenty-one of them are not older than a child, such as the democracies in Ukraine, Sri Lanka, Nigeria, or Tunisia. Others are only as old as the country’s young adults, such as the democracies in Indonesia, Mexico, and South Africa. This means that in these countries even most young people have experienced authoritarian rule, and that older people have lacked democratic political rights for a large part of their lives, Herre observes.

The experience of young people living in democracies in Western Europe or North America is therefore a fairly unique one: it is not representative of other people’s experiences — not of older citizens in their own country, or of people in other parts of the world. RTWT

The total number of people without democratic rights is higher than ever because the world’s population grew faster than democracy spread, Herre adds in an earlier analysis. And some people have recently lost political rights; most prominently the 1.4 billion people living in India, which became an electoral autocracy in 2019. As a result, more than two thirds of the world’s population live in closed and electoral autocracies. 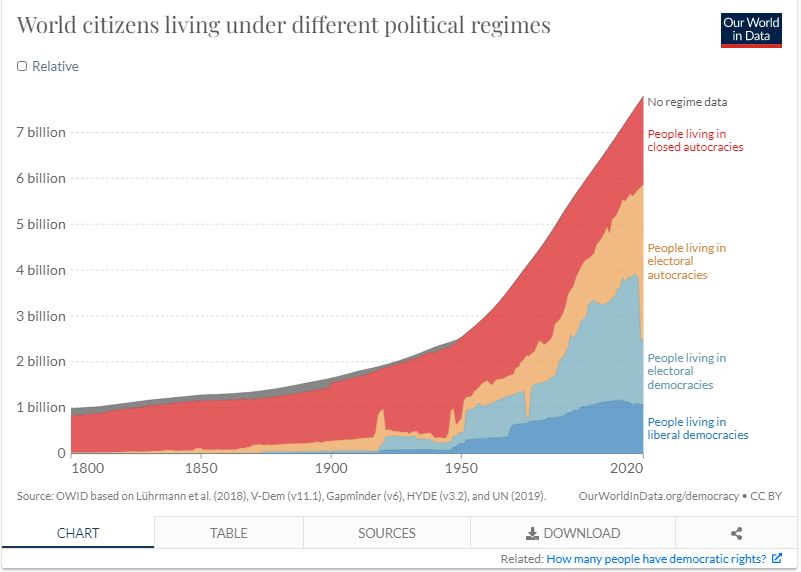