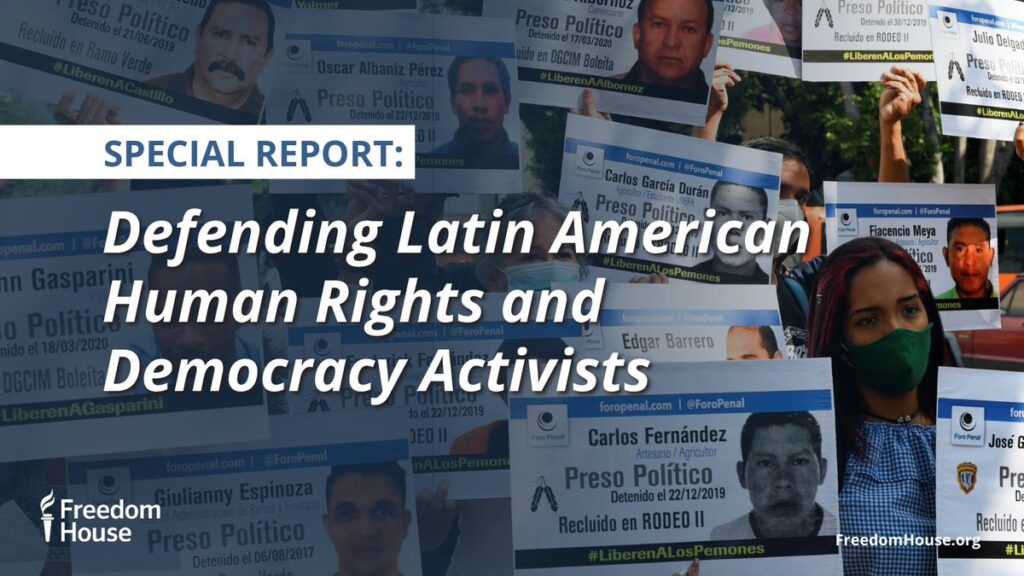 Latin America is one of the world’s most dangerous regions for human rights defenders, accounting for more than three-quarters of all murders of activists in 2020, according to a new report from Freedom House. The COVID-19 pandemic has only made things worse, say the authors of Defending Latin American Human Rights and Democracy Activists.

The report is the first by Freedom House that focuses exclusively on human rights defenders and civil society organizations that promote rights and freedoms, NBC reports. Human rights defenders include community leaders and artists, some of them Indigenous leaders seeking to advance social justice and human rights. It found these defenders are working in increasingly hostile environments, facing intimidation, harassment, physical attacks, and legislation that criminalizes their work. 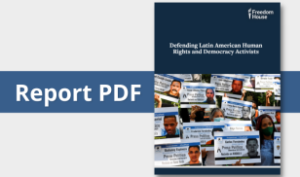 “Being a journalist, being a women’s rights defender, or being a human rights defender in Latin America is very dangerous,” said Gerardo Berthin, vice president of international programs at Freedom House.

“This is a seminal study that lays the foundation for further areas of inquiry and analysis,” she added, noting that the report “identifies the main needs of vulnerable activists and human rights defenders in Latin America and highlights major issues that merit regional and national attention.”

In response to the threats, international protection organizations have implemented good practices pertaining to protection and security in general, aided by the expansion of internet access. This has enabled enhanced connection and communication with civil society organizations on the ground, including continuous and more systematic meetings and planning for effective protection, adds the report – funded by the National Endowment for Democracy (NED).

Political turmoil and deteriorating human rights have promoted unprecedented levels of migration, including an estimated 5.6 million Venezuelans, the largest migration in recent Latin American history. Tens of thousands Nicaraguans fled to neighboring Costa Rica after a violent crackdown on regime critics in 2018 and the arrests of opposition leaders activists ahead of the 2021 elections.

“Even though some of these exiles cross the border into Colombia and Costa Rica — safer places — you still have the chance of potential transnational repression coming from the authoritarian regimes in their home countries,” she added. 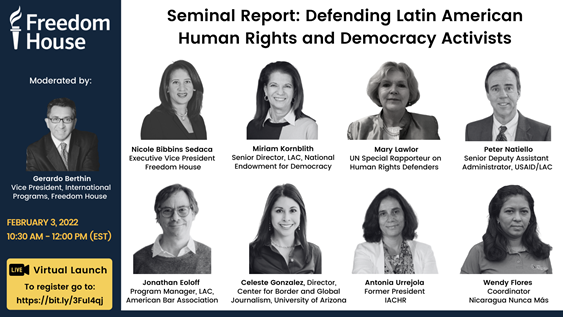 The report also offers an analysis of the effectiveness of assistance for Latin American HRDs. Findings include: