A new database compiled by the Anti-Corruption Data Collective reveals that several post-Soviet oligarchs connected to interference efforts have donated between $372 million and $435 million to more than 200 of the most prestigious non-profit institutions in the U.S. over the past two decades, notes a new analysis.

The list of recipients covers the gauntlet: from prestigious think tanks like the Brookings Institution and the Council on Foreign Relations, to world-renowned universities such as Harvard and the University of Southern California, to cultural icons such as the New York’s Museum of Modern Art (MOMA) and the Kennedy Center in Washington D.C., according to former NED Penn Kemble fellow David Szakonyi, an assistant professor of political science at George Washington University, and Casey Michel, an investigative reporter based in New York.

Taken together, the staggering donations we managed to compile, which come from either the oligarchs directly or via the companies or foundations they run, raise significant questions about how U.S. organizations scrutinize money they receive. The gifts also highlight the urgent need for changes in the ways these institutions oversee such donations—and the ways the U.S. government oversees such institutions, they write for Foreign Policy: 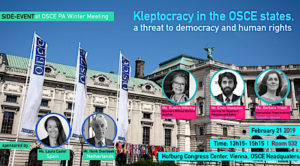 The most obvious question is: Why exactly do these oligarchs bankroll think tanks, universities, cultural centers, and religious groups? Unlike kleptocratic networks that stash their cash in assets such as real estate, hedge funds, and anonymous shell companies, there’s no possibility of money laundering through philanthropic donations. Rather, the gifts appear to follow two specific threads:

More transparency is needed, ideally through a centralized, publicly accessible database with information on donors and donations, add Szakonyi and Michell. A forthcoming paper from the National Endowment for Democracy regarding oligarchic funding for American and British universities recommends a “comprehensive, searchable list of all donations (foreign and domestic) over a modest threshold,” as well as “the identity of donor, amount and major stipulations.”

“Investigative journalists uncovering financial crime and corruption are being subject to a significant amount of risks and threats, which has a chilling effect on their ability to continue to bring crucial matters of public interest to light,” say the authors of Unsafe for Scrutiny: Examining the pressures faced by journalists uncovering financial crime and corruption around the world. 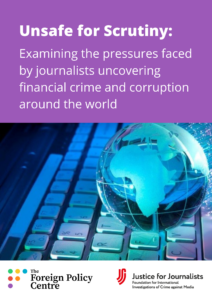 “Particularly alarming is the level and frequency of legal threats being sent to journalists all over the world. The UK is the highest international source of these legal challenges – almost as high as EU countries and the US combined – which points to a clear need for further review to prevent potential vexatious misuse of the UK legal system,” says Susan Coughtrie, Project Director at the Foreign Policy Centre. 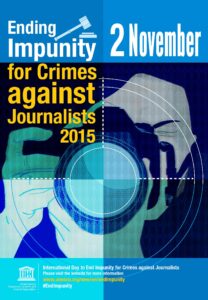 The report was launched with a webinar on Monday 2nd November, the International Day to End Impunity for Crimes Against Journalists, with the following speakers: Paul Radu (investigative journalist and co-founder of OCCRP), Oliver Bullough (UK journalist and author of Moneyland), Sarah Clarke (Head of Europe and Central Asia at ARTICLE 19) and Susan Coughtrie (Project Director at the Foreign Policy Centre).