The shift in the international environment over the past few years from the post-Cold War era to an era of great power competition has led to a renewed ideological debate about the relative merits of Western-style democracy versus 21st -century forms of authoritarian and illiberal government, says a new report.

The end of the Cold War led to a diminution in the ideological debate about the relative merits of democracy versus authoritarianism as forms of government, according to the authors of U.S. Role in the World: Background and Issues for Congress, an analysis by the Congressional Research Service.

The United States had superpower status thrust upon it, the conventional view holds, notes Washington Post analyst Ishaan Tharoor. Amid the collapse of European empires and the global threats of Nazism and Stalinism, America emerged as the liberal leviathan on the world stage, turning the tide of World War II and rebuilding the international order. It dominated new institutions such as the United Nations and enforced its authority for decades with an unrivaled military footprint spanning much of the globe. 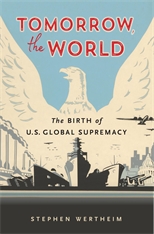 But this wasn’t simply a matter of fateful circumstance. In his new book, “Tomorrow, the World,” historian Stephen Wertheim argues that U.S. primacy was a “conscious decision” made by Washington elites well before World War II, Tharoor observes.

While descriptions of the traditional U.S. role in the world since the end of World War II vary in specifics, it can be described as consisting of four key elements: global leadership; defense and promotion of the liberal international order; defense and promotion of freedom, democracy, and human rights; and prevention of the emergence of regional hegemons in Eurasia, the CRS report adds.

Observers who support a continuation of the U.S. role in the world of the past 70 years tend to make the following arguments:
 Costs and benefits. Although the costs to the United States of its role in the world over the past 70 years have been substantial, the benefits have been greater. The benefits are so long-standing that they can easily be taken for granted or underestimated. … A more restrained U.S. role in the world might be less expensive for the United States in the short run, but would create a risk of damaging U.S. security, liberty, and prosperity over the longer run by risking the emergence of regional hegemons or a spheres-of-influence world.

 Capacity. Projections regarding future U.S. budget deficits and debt need to be taken into account, but even in a context of limits on U.S. resources, the United States is a wealthy country that can choose to play an expansive role in international affairs, and the costs of playing a more restrained role in world affairs may in the long run be much greater than the costs of playing a more expansive role. …
 Past 70 years as a historical aberration. Although a restrained U.S. foreign policy may have been appropriate for the United States in the 18th and 19th centuries, the world of the 18th and 19th centuries was quite different. For example, given changes in communication, transportation, and military technologies since the 18th and 19th centuries, the Atlantic and Pacific oceans are much less effective as geographic buffers between the United States and Eurasia today than they were in the 18th and 19th centuries. Experiences in more recent
decades (including World Wars I and II and the Cold War) show that a more restrained U.S. foreign policy would now be riskier or more costly over the long run than an engaged U.S. foreign policy.
 Moral standing. The United States, though not perfect, retains ample moral authority—and responsibility—to act as a world leader, particularly in comparison to authoritarian countries such as China or Russia.
 Public opinion. Other public opinion poll results show that Americans support a
U.S. global leadership role.