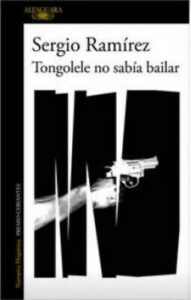 Why is a government that controls the country’s armed forces and security apparatus afraid of a novel?

More than four decades after the defeat of the Somoza dictatorship, Sergio Ramírez is once again persecuted by a repressive regime, but this time under his former Sandinista comrade President Daniel Ortega, as his totalitarian machine imposes itself in Nicaragua, Albinson Linares writes for NBCNews:

As the next presidential elections approach in November, more than 130 political prisoners are being held to silence dissidents and dismantle opposition movements and institutions…….  Since 2018, he has been a fundamental voice in denouncing the government’s strategy of repression. In 2018, Ortega’s government clamped down on protesters, leading to the deaths of hundreds of people and the exiles of 100,000 Nicaraguans.

The novel’s main character “is a cynic, but he blindly believes that he is helping to preserve a regime that represents a revolution that no longer exists,” Ramírez adds. “He believes that all this contributes to the consolidation of that power, that anything goes, that the rest is bourgeois ethics, because proletarian ethics is something else …. This is very marked in a sector of the traditional left in Latin America that defends these old projects, already out of date, as if they still had a future, as if they had something to offer.”

“All forbidden books have appeal. I believe that to induce a young person or a child to read, the best way is to lock up some books with a label that says ‘forbidden.’ That child will find a picklock to read it,” Ramírez said with a smile on a video chat with Noticias Telemundo, speaking from Madrid, where he lives. RTWT

Why is a government that controls the country’s armed forces and security apparatus afraid of a novel? https://t.co/nk6Erkv5t1 via @nbcnews