“Electing Qatar, Cameroon or Kazakhstan as a UN judge on human rights would be like making a pyromaniac into the town fire chief,” said @HillelNeuer @UNWatch . https://t.co/hNqRxH1Czd

The United States on Thursday regained a seat on the United Nations Human Rights Council, the Times reports. In seeking to rejoin the 47-member council, the Biden administration argued that American interests would be better served if the United States were a member seeking change from within.

Secretary of State Antony J. Blinken acknowledged the challenges, “including unacceptable bias against Israel and membership rules that allow countries with atrocious human rights records to occupy seats they do not merit,” but he said that “improving the council and advancing its critical work is best done with a seat at the table.” As if to underscore his point, several countries with poor or questionable human-rights records also won seats on the council on Thursday, among them Cameroon, Eritrea, the United Arab Emirates and Honduras, the Times adds. 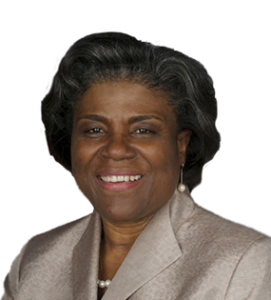 US Ambassador to the UN Linda Thomas-Greenfield – a former board member of the National Endowment for Democracy (NED) – said the US’ goals will be to “stand with human rights defenders and speak out against violations and abuses of human rights,” with initial efforts focused on Afghanistan, Myanmar, China, Ethiopia, Syria and Yemen.

Abuses by candidates are detailed in a new report card published by UN Watch, which states that the caucus of free democracies at the UNHRC will drop to a new low of only 15 out of 47 members, being 31.9% of the total membership. The report listed Benin, Gambia, Honduras, India, Paraguay, Malaysia, Montenegro and the United Arab Emirates as having “questionable” credentials, as do existing council members China, Cuba, Russia, Pakistan, Libya, Mauritania and Venezuela.

“Electing Qatar, Cameroon or Kazakhstan as a UN judge on human rights would be like making a pyromaniac into the town fire chief,” said Hillel Neuer of the Geneva-based UN Watch.

The UNHRC is likely to become an arena for renewed acrimony between authoritarians led by China and US-led democracies, observers suggest.

For more than a decade and a half, autocratic regimes have made a concerted effort to undermine from within critical institutions safeguarding fundamental freedoms, according to Christopher Walker (@Walker_CT), the vice president for studies and analysis at the National Endowment for Democracy (NED).

“The Chinese and all those who are fundamentally against human rights as Europeans understand them… oppose economic, social and cultural rights. It is not a new trend, but it is undeniably growing stronger,” one European diplomat told AFP.

According to another, “China’s objective is simple: to destroy the concept of the universality of human rights and to assert a vision consistent with its political system“.