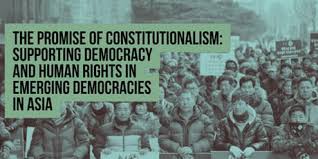 What is the best balance of political freedom and economic openness?

We are about to witness a demonstration of whether an authoritarian state can take over a free society and keep it economically flourishing while individual rights are increasingly extinguished, notes Michael R. Auslin, Payson J. Treat Distinguished Research Fellow in Contemporary Asia at Stanford University:

If that sounds like a paradox, it is, given that the historical record includes no examples of such a transition to authoritarianism where, ultimately, economic growth and development continued while freedom languished. Indeed, despite appearances to the contrary, there is little evidence that wealthy or free countries are eager to adopt the repressive systems of illiberal powers. Despite this, the People’s Republic of China (PRC) is relentlessly pushing its laboratory experiment on Hong Kong, where the Chinese Communist Party (CCP) recently passed a draconian national security law, repudiating its promises to ensure the former colony’s freedoms.

Over nearly a third of a century of regular travel to the Indo-Pacific, including some four years living in Japan, I never heard Asians—whether scholars, journalists, business leaders, or the like—talk about China as their role model, he writes for Stanford’s Hoover Institution:

Perhaps most important, measurements of Chinese wealth, as imperfect as they are, ignore the question of individual rights and civil society. As noted by historian Frank Dikötter, the CCP has never been interested in sharing power with the people, even at the height of the reform era; sanguinary proof of this was provided by the 1989 Tiananmen Square massacre. …While some level of civil society was allowed to develop, after Mao, particularly during the Deng Xiaoping and Jiang Zemin eras, it was always tightly controlled [as Minxin Pei observed in this year’s Lipset Lecture from the NED’s International Forum – above], stunting the ways in which Chinese citizens of the post-Mao period could develop their personal interests or contacts with the outer world.

Placing human rights at the centre of crisis mitigation and recovery efforts has been the exact opposite of government responses to COVID-19 in Southeast Asia, says the 54-page report, Dr James Gomez writes for the Australian Institute of International Affairs. The confiscation of civil society’s independent oversight functions by autocratic governments has been one of the negative outcomes of the pandemic. Governments have become the sole arbiters of truth by discrediting criticism of their mismanagement under “fake news,” defamation, and sedition laws, and technology offenses. 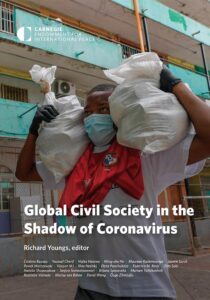 The widely reported fact that most of China’s elite hold foreign passports and own property abroad, along with the massive capital outflow since 2015, are harbingers of a more unstable future, Auslin adds:

Whether informed by Buddhist compassion or Confucian humanism, much philosophizing in Asia is quite realistic and hardheaded. Few have discovered the golden mean between individual freedom and social order, and most are comfortable with some level of socioeconomic restriction and political control in exchange for social stability and sustainable growth. Not all Asian nations have achieved such a balance, but their citizens understand that fragile are the conditions that create prosperity, and what seems like the golden egg of authoritarian control and economic well-being is at best a double-edged sword, and at worst, a short-lived mirage.