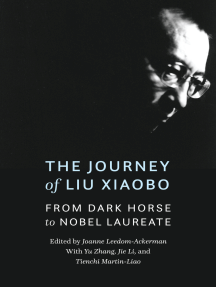 Liberal Senator @SenPaterson says China’s threat to impose “economic sanctions” on Australia if it conducts an independent inquiry into the source of the coronavirus shows the Chinese Communist Party is “extremely anxious” to prevent it, Sky News tweeted.

The late dissident and Nobel Laureate Liu Xiaobo anticipated a terrible calamity for both China and the world if the regime continued on its authoritarian trajectory, a new book reminds us.

A zoo in China placed a big hairy Tibetan mastiff in a cage and tried to pass if off as an African lion. But a boy and his mother heard the animal bark, not roar. As news spread, the zoo’s visitors grew angry. “The zoo is absolutely trying to cheat us. They are trying to disguise dogs as lions!” declared the mother, writes Joanne Leedom-Ackerman.

In 2009 the Chinese government put Liu Xiaobo, celebrated poet, essayist, critic, activist, and thinker into a cage, labeled him “enemy of the state,” charged him with “inciting subversion of state power,” and sentenced him to eleven years’ imprisonment. Liu Xiaobo was not an enemy, but he was a “lion” the state feared, adds Leedom-Ackerman, co-editor of The Journey of Liu Xiaobo: From Dark Horse to Nobel Laureate, published April 1 by Potomac Books. 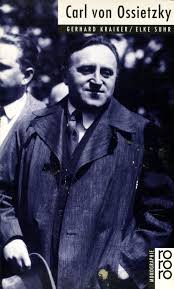 Liu died of liver cancer at the age of 61 while serving an 11-year prison sentence for “inciting subversion of state power”. The authorities ignored fervent appeals to allow Liu to travel overseas for treat­ment, prompting com­parisons with the persecution of Carl von Ossietzky, a German writer who won the 1935 Nobel Peace Prize while in a Nazi concentration camp and died in a hospital after being freed. (In contrast, Liu breathed his last in police custody), Ajay Singh writes for the South China Morning Post:

Liu spent the last 28 years of his life mostly in and out of prison, earning the moniker “the Nelson Mandela of China”. Chinese authorities labelled him a behind-the-scenes “black hand” of the 1989 “counter-revolutionary riot”, writes Teng Biao, a United States-based Chinese scholar and human rights lawyer in an elegiac essay titled “Liu Xiaobo’s Death as an Event of Human Spirit”.

The Journey of Liu Xiaobo pulls together essays and reflections on a man who has been compared with the likes of Vaclav Havel and called the “Nelson Mandela of China”  from the Dalai Lama, artist and activist Ai Weiwei, and a distinguished list of leading Chinese writers and intellectuals, including Zhang Zuhua, the main drafter of Charter 08, and Liu Xia, the wife of Liu Xiaobo. China experts, journalists, and political leaders, including Yu Ying-shih, Perry Link, Andrew J. Nathan, Marco Rubio, and Chris Smith outline Liu’s journey from his youth and student years, through his activism, and to his last days.

In his contribution, Remembering a Hero and a Martyr, Carl Gershman, president of the National Endowment for Democracy (NED), refers to the debate over the compatibility of democracy and Asian values that Kim Dae-jung had with Lee Kuan Yew two decades ago. Kim said that the fundamental reason for his optimism was “the increasing awareness of the importance of democracy and human rights among Asians themselves.”

“Nothing demonstrates more powerfully the depth of this commitment to democratic values than the life and courageous struggle of Liu Xiaobo, who in the years following the Tiananmen massacre in 1989 became the world’s most eloquent and impassioned voice for democracy and human freedom,” he adds.

Liu wanted to “dispel hatred with love” but he was far from a naïve or quixotic idealist, Gershman observes, anticipating a terrible danger for both China and the world if the regime continued to rise as a dictatorship.  He cautioned that “if the Communists succeed in…leading China down a disastrously mistaken historical road, the results will not only be another catastrophe for the Chinese people but likely also a disaster for the spread of liberal democracy in the world.” 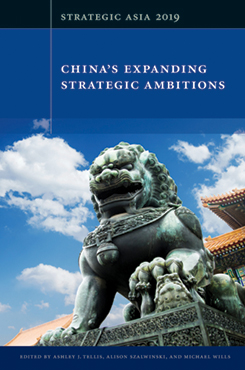 In his discussion of China’s “new global values,” in Strategic Asia 2019: China’s Expanding Strategic Ambitions, Francois Godement explains just how circumscribed China’s conception is compared to our ideas of universal human rights and individual dignity, notes Mitchell B. Reiss, a Distinguished Fellow at the Kissinger Institute on China and the United States at the Woodrow Wilson International Center for Scholars.

China is promoting “a low-cost and relatively valueless international order, revolving around the country’s self-interest,” which centers on national sovereignty (i.e., noninterference in domestic affairs) and free trade. If anything, Godement understates the CCP’s ambition and reach, he writes for the American Interest.  According to Freedom House’s Freedom on the Net 2019, China has been the world’s worst abuser of internet freedom for four years running, with censorship last year reaching “unprecedented extremes” amid the 30th anniversary of the Tiananmen Square massacre and the ongoing protests in Hong Kong. 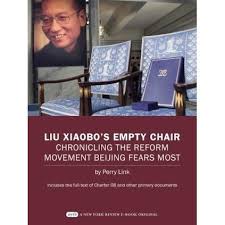 In fact, Yang clarifies, during the 1989 Tiananmen crisis, Liu, “for all his appearance of thoroughly detesting every­thing Chinese, didn’t take the opportunity to break off relations with China but rather put his life at risk for the cause of China’s human rights and democracy….“Liu Xiaobo can be considered our generation’s most steadfast and determined and greatest patriot,” a latter-day Friedrich Nietzsche, “who expressed his extreme disappointment with history and current reality by declaring ‘God is dead’ and calling for ‘revaluation of all values’”. 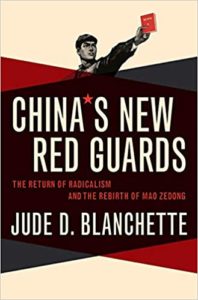 In China’s New Red Guards: The Return of Radicalism and the Rebirth of Mao Zedong. CSIS analyst Jude D. Blanchette identifies a loose collection of ‘neo-Maoist’ academics, scholars, and conservative party members who have “rejected the triumphalism of Western liberal democratic capitalism, were skeptical of US-dominated globalization, and advocated egalitarian socialism under the leadership of a nationalist CCP,” adds Reiss.

“A constitutional democracy makes no distinction be­tween the ‘enemy’ and us; this is where Liu Xiaobo tran­scended the mindset of his fellow citizens’,” writes Jin Zhong, the chief editor of Open Magazine, who conducted a 1988 interview with Liu. “Essentially, this was not only his personal political belief but also his appeal to those in power: he pointed out that ‘the regime’s enemy mentality has pushed me into the defendant’s dock’, but the even deeper meaning was that a ‘life-and-death struggle has already caused rivers of bloodshed in our country’. Put down your butcher’s knives and don’t be an enemy of the people.”

Societies move forward and are changed by ideas, by leaders, and ultimately by their citizens. None of these essays show Liu Xiaobo aspiring to personal power, notes Leedom-Ackerman. But those in power worried about this man of ideas and this activist who set ideas into motion. By his life and his death he holds those in power to account.